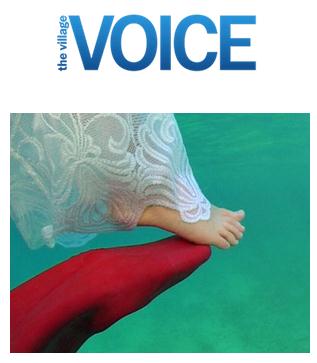 We are extremely proud and honored for being chosen by The Village Voice for the Best in Show: Renata Poljak, Uncertain Memories

By R. C. Baker Wednesday, Jan 16 2013
With stirring orchestral strains on the soundtrack, teenage soldiers attack Nazis invading their homeland. The camera pulls in tight as the hero of the 1979 Yugoslavian feature Bosko Buha falls to fascist gunfire. Soon, however, he and other martyred young partisans are resurrected amid gauzy flowers. These movie excerpts open Croatian artist Renata Poljak's 11-minute video Staging Actors/Staging Beliefs (2011-12). As the scenes fade from the screen, Poljak intones: "These were the films I grew up with and characters I believed in. I wonder where they are now, along with their ideals."

Poljak tracked down Ivan Kojundi, who-roughly a decade after his portrayal of Bosko battling for a united Yugoslavia-found himself fighting in an all-too-real war that was breaking his country apart. Poljak, who admits to being utterly starstruck when she met this icon from her youth, combined the Bosko Buha excerpts with a script disguised as an interview she wrote for the now-48-year-old actor. She remains off camera as she asks Kojundi what he thinks of Yugoslavia's violent 1991 dissolution. He first replies that it was a good thing, comparing the old federation to the "USSR, which was called the People's Dungeon." But then the frame is mirror-imaged, and he instead states that "this war was completely unnecessary," adding that under Communism "people were valued by what they were and not by what they had." These personas continue to duel until Poljak finally asks Kojundi which one is real. Twice, from reversed angles, the engaging actor smiles and replies, "Me"-embodying the schizophrenic politics and personal regrets that suffuse Croatia's tortured but resilient culture.

In a companion piece, Staging Actors/Staging Beliefs (Hommage to Slavko Stimac),Poljak filmed the dark stage of a stately theater as it slowly filled with fake snow, recalling another popular Yugoslavian propaganda epic, in which schoolchildren dig themselves out of a blizzard. Beautiful and hypnotic (the six-minute loop plays in the gallery's window 24 hours a day), the gathering brightness metaphorically awaits Stimac, a once-huge star who has faded away because, as Poljak points out, "one cannot be a famous Yugoslav actor when Yugoslavia doesn't exist anymore."

Along with still photos, there are more films in the downstairs exhibition space. Ruta and the Monument (2007) pairs video of tittering tourists roaming Berlin's "Memorial to the Murdered Jews of Europe" with a loop of a huge cow's tongue gently licking a small, lace-clad foot. This hallucinatory image derives from a Bosnian novel in which a young girl fantasizes about such soothing caresses as she and other Jews, packed inside a cattle car, head for a Nazi death camp.

Strange and lovely, Poljak's visions acknowledge that oblivion awaits us all, while insisting that we make the most of what we have until then. 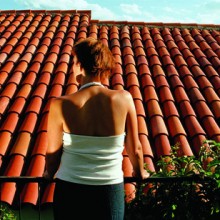