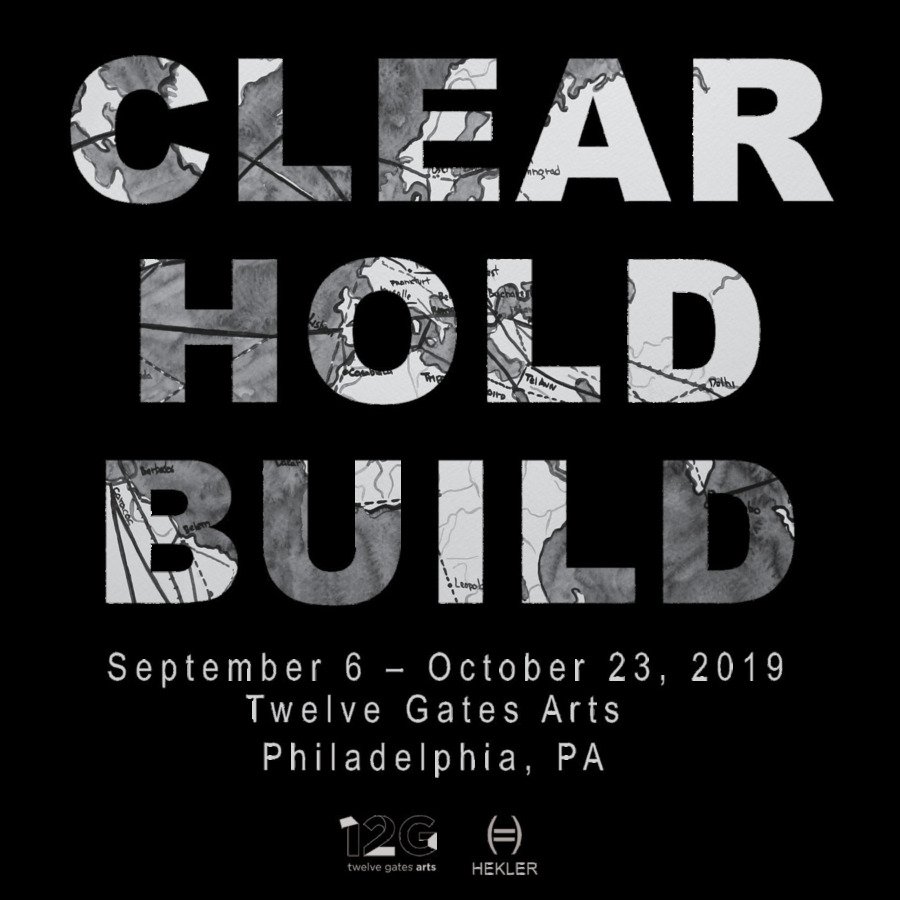 September 6, 6-8.30pm, Soft opening;
September 13, 7-9 pm, Official opening with an artist talk including exhibiting artists Bisan Abu-Eisheh, Samia Henni, Nora Elmarzouky, Manager of Friends, Peace, and Sanctuary Project at Swarthmore College. and curator Shimrit Lee. The panel will focus on the use of archives as an artistic medium with which to address the legacies of counterinsurgency. For more information click on the button below.
October 19, 7-9 pm: Closing event, featuring a collaborative performative project by artists Dena Al-Adeeb and Farideh Sakhaeifar
October 23: Exhibit closes

Clear-Hold-Build takes its name from a counterinsurgency strategy in which military personnel clear an area of insurgents, sustain that expulsion by physical barriers, and then win support of the populace for the government and its policies. While its core tactics have deep historical precedents in colonial strategies of pacification and control, General David Petraeus outlined the strategy most explicitly in his 2007 Field Manual on Counterinsurgency Operations, which informed the US-led surge in Iraq and the War in Afghanistan.

By surveying the impact of this style of asymmetric, low-intensity conflict over the past seven decades, artists in Clear-Hold-Build reclaim denied spaces and narratives while drawing unexpected connections across time and space. Clear-Hold-Build features works by: Bisan Abu-Eisheh, Dena Al-Adeeb, Shabir Ahmed Baloch, Samia Henni, Khaled Jarrar, Vladimir Miladinović, The Propeller Group, Farideh Sakhaeifar, and Hồng-Ân Trương. Employing a variety of media (painting, video, audio, installation, and performance), research methodologies, and social practices, the artists in Clear-Hold-Build take an expansive approach to counterinsurgency. Each artist recognizes the historical specificity of the doctrine as it has manifested in his or her location of origin, including Algeria, Iran, Iraq, Palestine, Pakistan, Vietnam, and Former Yugoslavia. Simultaneously, they illuminate its continued function as a global governing paradigm.

The work of Bisan Abu-Eisheh, Farideh Sakhaeifar, and Samia Henni appropriate the medium of archival knowledge production to challenge counterinsurgency practices in Palestine, Syria, and Algeria, respectively. Dena Al-Adeeb and Khaled Jarrar emphasize the embodied experience of war and displacement through performance and community engagement. The paintings of Shabir Ahmed Baloch address the role of humor in collective loss and survival in Pakistan’s Baloch community. Works by The Propeller Group, Hồng-Ân Trương, and Vladimir Miladinović trace global circuits forged by counterinsurgency networks—from the international arms trade to transnational modes of solidarity and resistance. All artists in Clear-Hold-Build investigate counterinsurgency’s deep legacy and destructive power while celebrating what has survived this ideology and issuing a resounding call to imagine a future beyond it.

Clear-Hold-Build is an extension of curator Shimrit Lee’s PhD dissertation on the commodification of counterinsurgency and is organized in collaboration with HEKLER, an artist-run interdisciplinary platform that fosters the critical examination of hospitality and conflict through collaborative programming and community archiving. Clear-Hold-Build aligns with HEKLER’s mission to create a rhizomatic network of collaborators and alternative educational environments where presentation, critical discussion, and cross-pollination of ideas can take place. As Nataša Prljević of HEKLER notes, “Clear-Hold-Build is an opportunity to bring together practices that exist on the intersection of art and social justice in the political climate of occupied territories and post-war societies. Participating artists in their respective practices diligently employ investigative methodologies to spotlight the violation of human rights while actively fighting against the ideologies of denial and erasure driven by corporate militarized capitalism. Bringing these contexts together shed light on a criminal network that we all need to fight against in solidarity.”

Clear-Hold-Build is available for online purchase and can be acquired at the gallery and through HEKLER (heklerke@gmail.com). The price is $25.78, sales tax and shipping included.

ABOUT TWELVE GATES ARTS
Twelve Gates Arts established in 2011, is a non-profit organization based in Philadelphia, Pennsylvania. The ‘gates’ refer to the fortified gates that walled many ancient cities such as Delhi, Lahore, Jerusalem, and Rhodes - inside which lay the heart of each city’s art and culture, and today this reference offers perspectives on history and possibilities.

Twelve Gates Arts holds monthly exhibitions of contemporary and modern art by artists from countries in South Asia and the Middle East, as well as by diasporic artists from those regions. The list of artists represented comprises an impressive spectrum of established masters as well as cutting edge and outstanding newcomers. In addition to the exhibition programming, regular Salon events showcase works by artists in film, multimedia, literature, and performance.

ABOUT HEKLER:
HEKLER is an artist-run platform that fosters the critical examination of hospitality and conflict through collaborative programming, pedagogy, and archiving started by Nataša Prljević, Joshua Nierodzinski, and Jelena Prljević in Brooklyn.

HEKLER organizes HOST and MEDIUM programming and residencies with cultural workers to create educational and community building environments where cross-pollination of ideas relevant to contributing political contexts can take place. 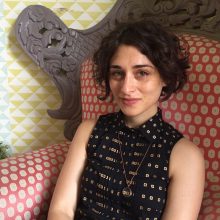 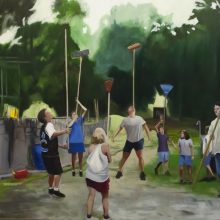 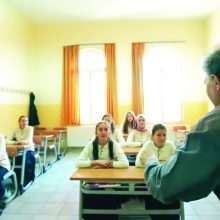 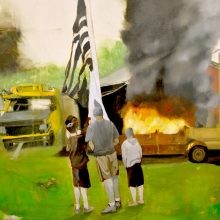