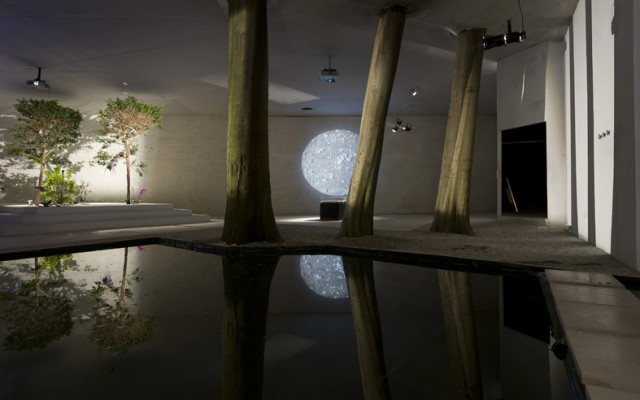 BIO/ STATEMENT:
Terike Haapoja is a Finnish visual artist based in Berlin and New York. With a specific focus in encounters with nature, death and other species, Haapoja’s work investigates the existential and political boundaries of our world. In recent projects, Haapoja’s work has been focusing more explicitly on how the otherness of nature and other species is constructed by political, theoretical and societal structures. The notion of a world that is deeply rooted in the physicality and co-existence of beings and their multiple lifeworlds is at the core of Haapoja’s politically and ethically driven practice.

Haapoja's recent projects include Closed Circuit – Open Duration (2008/2013), last seen in the 55th Venice Biennale, which focused on questions of mortality, co-existence and the relationship between humans and nature while adopting scientific technologies, The Party of Others -project (2011-ongoing), which looks at the status of other species and other groups excluded from the law by appropriating the form of a political party, and The History of Others (2012-ongoing) with author Laura Gustafsson. Haapoja’s work has been exhibited widely in solo and group shows internationally.
Haapoja represented Finland in the Venice Biennale in 2013 with a solo show in the Nordic Pavilion. The installation can be viewed here.

Her work has been awarded with Dukaatti prize (2008), Säde -prize (2009) and Finland’s Festival’s artist of the year -honorary mention in 2007. Haapoja was nominated for Ars Fennica – prize candidate in 2011. The History of Others was awarded with Kiila-prize in 2013. Haapoja is an alumni of the ISCP residency and is an experienced lecturer in academia and art (recenty at the The New School/NY, ZKM Germany, Documenta/Kassel, Venice Biennale) as well as a writer and editor of publications on her field. Haapoja is a member of the Finnish Bioart Society, and has founded the Ecology, Ethics and Art program at the Academy of Fine Arts in Finland.