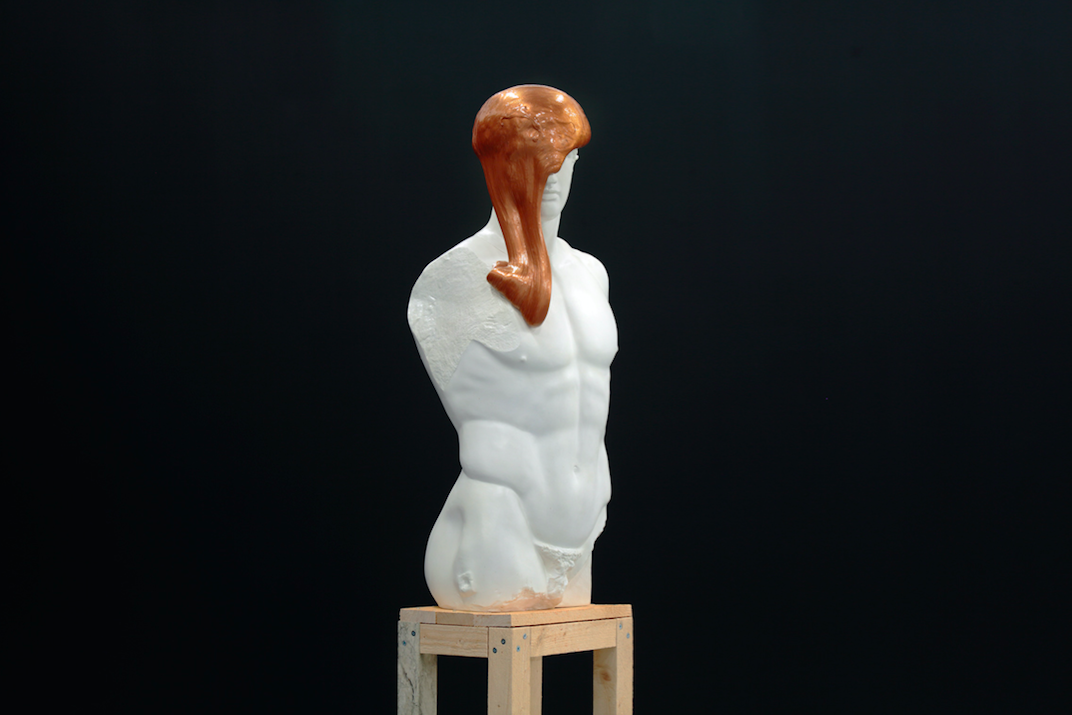 BIO/ STATEMENT:
Roman Štětina explores media culture as a social construct with fixed practices and expectations. His installations, video and audiovisual interventions sensitively interconnect his interest in sound and the spoken word, especially as it relates to radio, film and TV broadcasting, and the strong visual aspect of the objects or situations connected with it. One of Štětina’s main sources of inspiration is the radio studio as an imaginary backstage, which remains hidden from the final recipients of the broadcasting. The artist disrupts the status quo and makes the invisible visible through performative interventions such as the staging of typical production methods like editing or creating disruptions in absurd contexts.

Roman Štětina also finds inspiration in cinematography. He re-edits through editorial interventions - removing or selecting one of the formal (pictorial or audio) components. The common feature of both of these lines is the discovery of new transformations in the viewer’s experience and shifts in the image, as well as “sidestepping” between divergent modes of presentation.

His films and video works were presented at International Film Festival Karlovy Vary (Czech Republic) and goEAST, 14th Festival of Central and Eastern European Film in Wiesbaden in Germany.

SUPPORT: Roman Štětina’s 2-months residency is made possible with funds from the Foundation for a Civil Society/The Trust for Mutual Understanding.