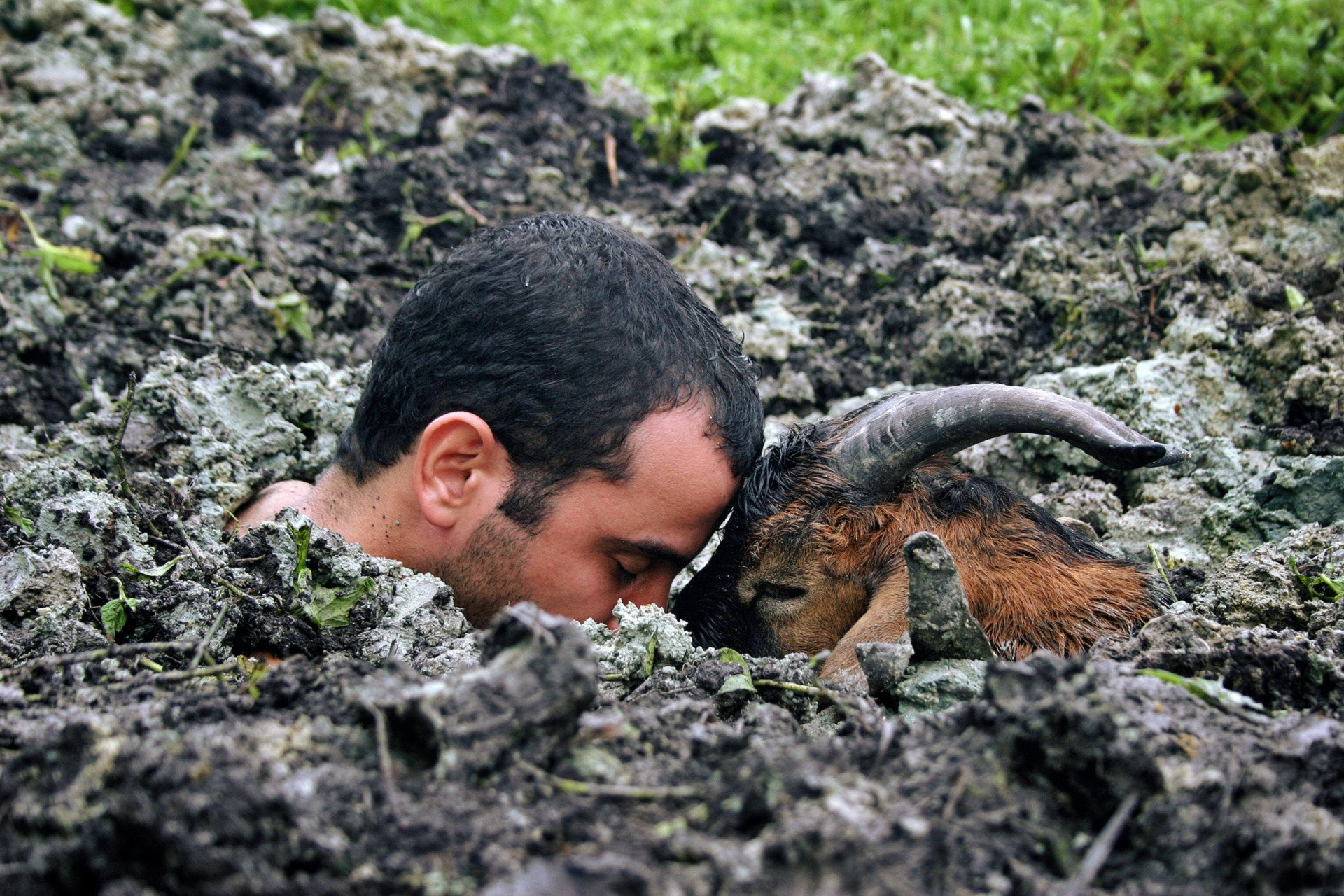 Rodrigo Braga (b. Manaus 1976) is a Brazilian performance artist who currently lives and works in Rio de Janeiro and who earned his graduate degree in Visual Arts at the Federal University of Pernambuco (2002). Braga's performative practice reveals itself through photography that deals with his relationship with landscape and animals. In his latest series of work, shown at last year’s 30th Bienal de São Paulo (2012), Braga addresses the conflict between man and nature, human and animal. In Tônus (2012), he ties himself to a goat and attempts to run in a different direction, an action that results in them both spinning endlessly in circles. He also fights the claws of a crab with his bare hand, a duel that ends in stalemate – a metaphor for the human condition in a landscape impossible to tame