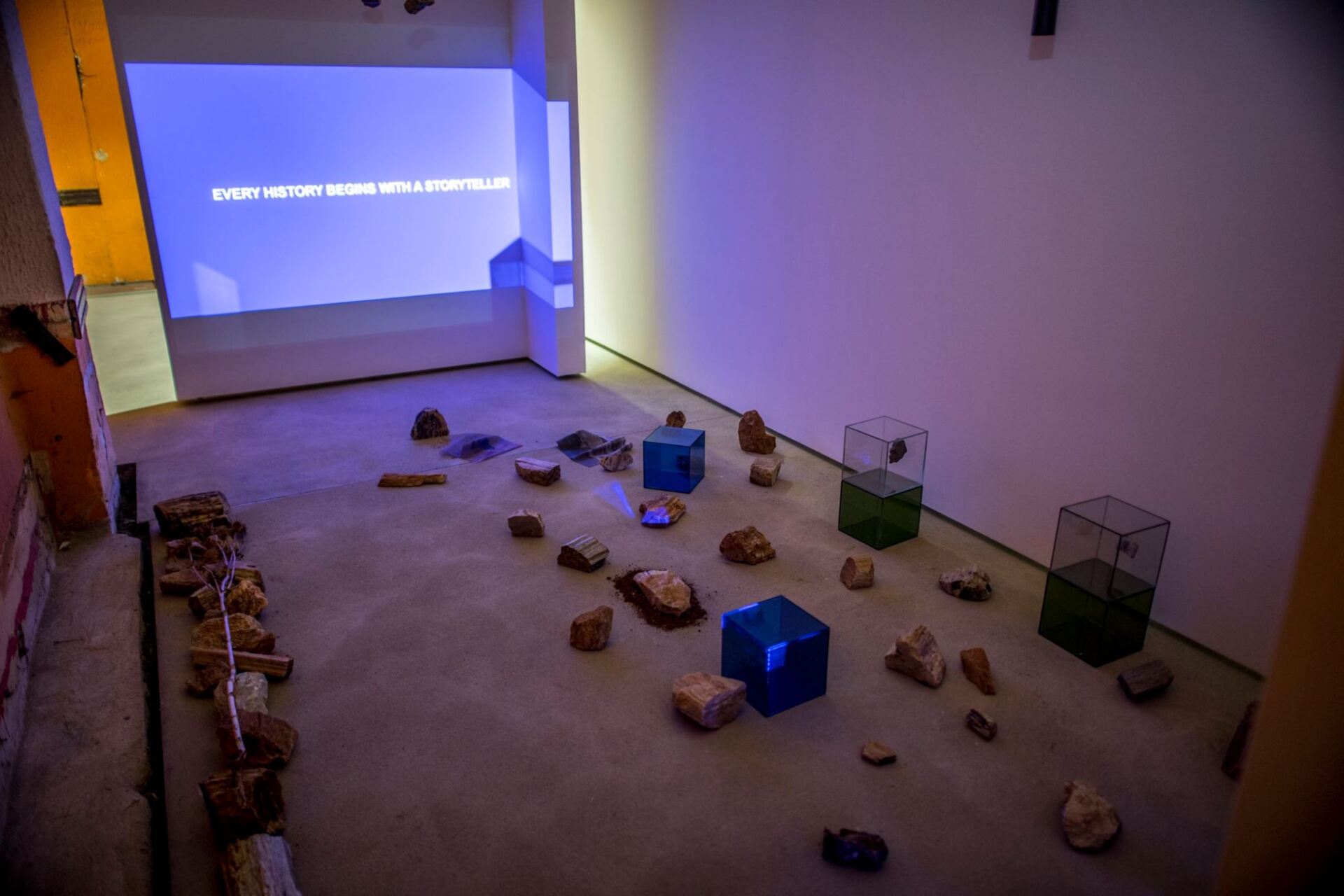 When I was born, I had no name, surname, nationality, citizenship, gender! I am still that one that was before! Am I!? Unseen wounds cracked my inner skin. Borders paralyzed my wishes.  (Qëndresë Deda, excerpt from Monologue, Dialogue, Trialogue).

Qëndresë Deda is the 2018 Award winner of the Artist of Tomorrow Award.

In her practice, Deda combines different media, photography, drawings, writing and design, to video, often putting herself in a role of an object and a subject simultaneously. Although her works appear to be very personal, intimate even, she deals with the phenomena of her immediate surroundings, as she describes it. When using photography she treats the camera as a mirror. The photographs from the D series, made over a  period of five years, documents and depicts wishes, dreams, fears and nothingness. She mostly used Facebook space to present them.

In her recent performance "What are the Words"  presented at the 19th International Feminist and Queer Festival Red Dawns, Deda created "a sound utopia of a real space inside and outside oneself", where she intertwined personal writings, poetry and graffiti, questioning identity, freedom and restrictions that are imposed on people in present-day society.

Support: Qëndresë Deda's residency is made possible with support from Trust for Mutual Understanding.