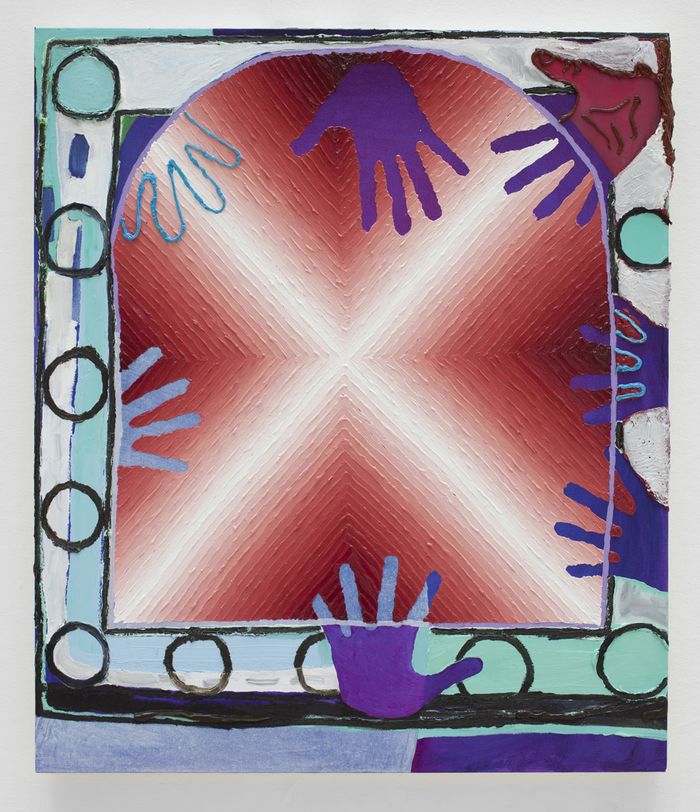 Paul DeMuro (born 1981) was raised in Philadelphia, PA. He grew up Catholic in a row house near four different cemeteries. He received his MFA in Painting from Rutgers University in 2010. DeMuro has recently been included in group exhibitions at Columbia University (NY), Bull and Ram (NY), Open Space (NY), Zürcher Studio (NY), Tracy Williams ltd. (NY), The American Academy of Arts and Letters (NY), Jolie Laide (Philadelphia), and Gallerie Zürcher (Paris). His work has recently been featured in beautiful/decay and Title Magazine. He will have his first New York City solo show at Zürcher Studio in the autumn of 2012.

His current series of image-based paintings utilize the incidental compositional structures derived from the mundane task of “checking your stuff” on the computer. These exuberant images are as full of light as a new “notebook,” but unfold much slower than the waterfall of tweets, feeds, text messages, new windows, uploads, chat boxes, wallpapers, icons, etc.

“The mind body split has long been called into question because we are whole organisms, but through the alternate reality we created called the Internet, the mind can ‘exist’ separated from the body. The future potential of this may allow us to evolve past the limits of the body, for better or for worse.”

Deriving concepts from science fiction, critical theory, and personal philosophy, his paintings are filled with both wonder and skepticism. In these paintings, signs and symbols originating in popular culture are bent, folded, and assigned new colors. The work’s surface alternates between object and metaphor and shares DNA with the historical art object’s cultic beginnings.

Paul's residency occurs within the framework of the chashama / RU partnership, in which a currently active chashama studio artist is incorporated into RU's residency support structure.