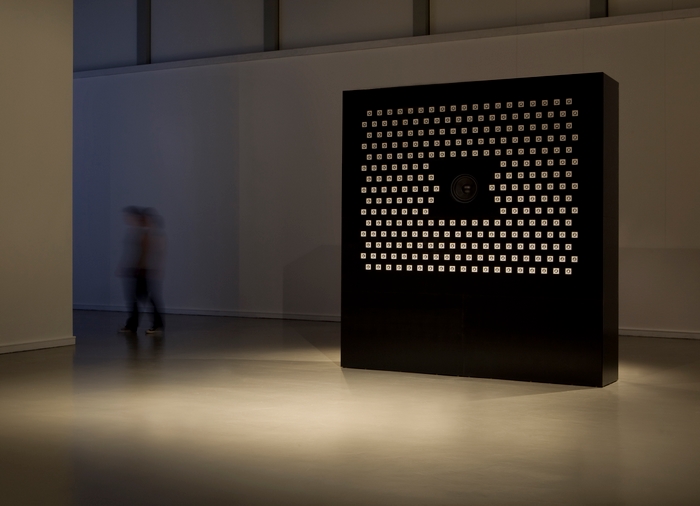 They have been collaborating consistently since 2005. Shows include:   “Thank You for Your Understanding”,  2nd Antakya Biennial, Antakya; “Vier” at Museum for Modern Arts-Zollamt, Frankfurt; “Unerwartet/Unexpected” at Art Museum Bochum; “Zonk Zonk” Outlet Project Room, Istanbul; “Making a Scene” at Fondazione Morragreco in Naples; “Alman Mali” at Kunstverein München, Munich; and “be-cause” at Basis, Frankfurt, among others. They are currently part of the  exhibition "The Art of Defense" at Galeri Nev in Ankara, Turkey that opened on April 29 , 2011 ( click here).

Their works are mostly based on a skepticism vis-à-vis any matter-of course approach to identity. They investigate the representation of individual and collective belonging, the meaning of language, symbols, and information conveyed by the media, as well as their link to culturally coded patterns of understanding. The conceptual character of their practice is always connected with the traditional visual language of avant-garde art forms.

In their multimedia sound installation, Hullabaloo, all the national anthems in the world, represented by 266 loudspeakers, are composed in such a way that at the halfway mark in their durations, all the anthems are collectively audible. Instead of the melody, very loud noise is produced where the individual melodies drown out in cacophony.

Özlem's and Mustafa's 6 months residency is made possible within the framework of the Residency Unlimited / Flux Factory partnership thanks to the support of Schloss Balmoral, Stiftung Rheinland Pfalz für Kultur (Germany).