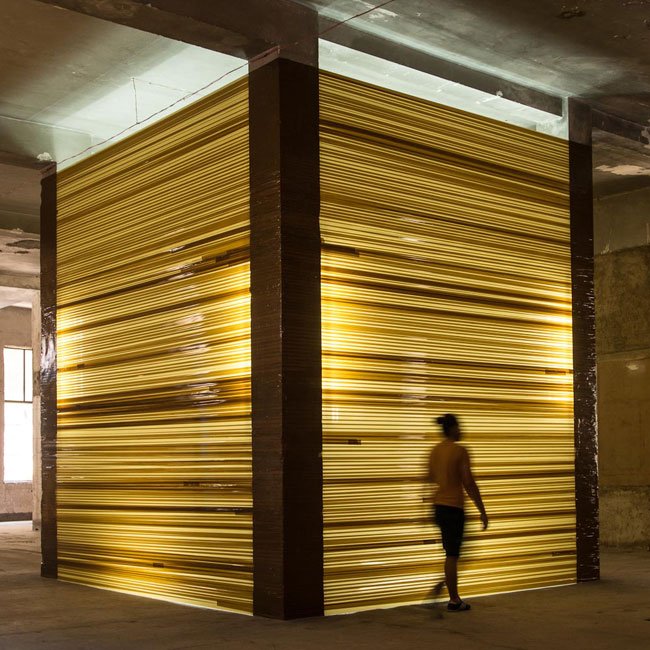 Experimentation with space has been a constant theme in the oeuvre of Osvaldo González.
To fully comprehend his painting practice it is essential to acknowledge his installation work where physical space and objects from daily life often intertwine. The starting point for González begins with a meticulous and laborious interaction with materials such as cardboard, duck tape or plastic sheets.
His installations often end up being arranged in space in unexpected ways such as envelopping electric light with plastic wrap, placing circular clear sheets on hardwood floor or creating furniture out of cardboard boxes. In his most recent work Osvaldo creates light screens, in which the materials he uses in his installations are taken to the two-dimensional format, thus creating new and unforeseen visual effects.

Support: Osvaldo Gonzalez Aguiar's residency is made possible with support from Rockefeller Brothers Fund and the Cuban Artists Fund.