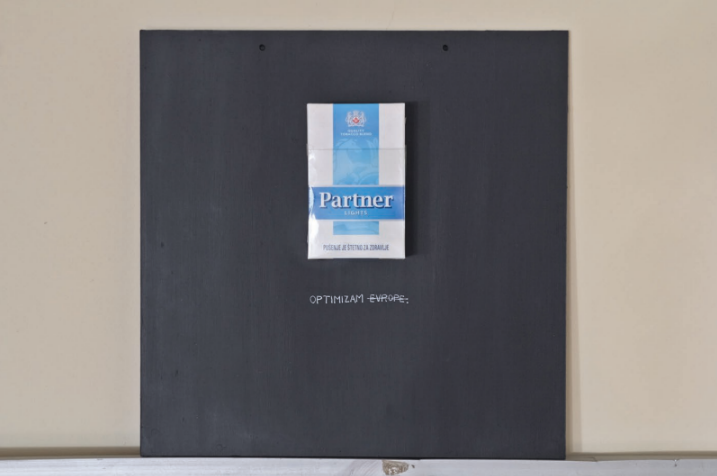 Nina Komel is a conceptual artist whose work is based on documenting and emphasizing the absurd state of everyday interactions and value systems in Bosnia and Herzegovina that occupy both personal and public experience. Focusing on the state of isolation Komel works in a range of media, from text to immersive interactive installations using visual and non-visual language. Using transformation through irony she recognizes the accumulation of contradictions in a current state of the culture and the pressure it imposes on the artist and the citizen. She lives in Brod, RS, Bosnia and Herzegovina.

Since 2013 I have been a permanent member of the aquarellist colony “Sava”.

Nina Komel is  Young Visual Artists Award (YVAA) recipient of the 2016 Zvono Award organized by the Sarajevo Center for Contemporary Art (SCCA), an award for young artists from Bosnia and Herzegovina up to 35 years of age.

Support: Nina Komel's 2-month residency is made possible with funds from The Trust for Mutual Understanding.