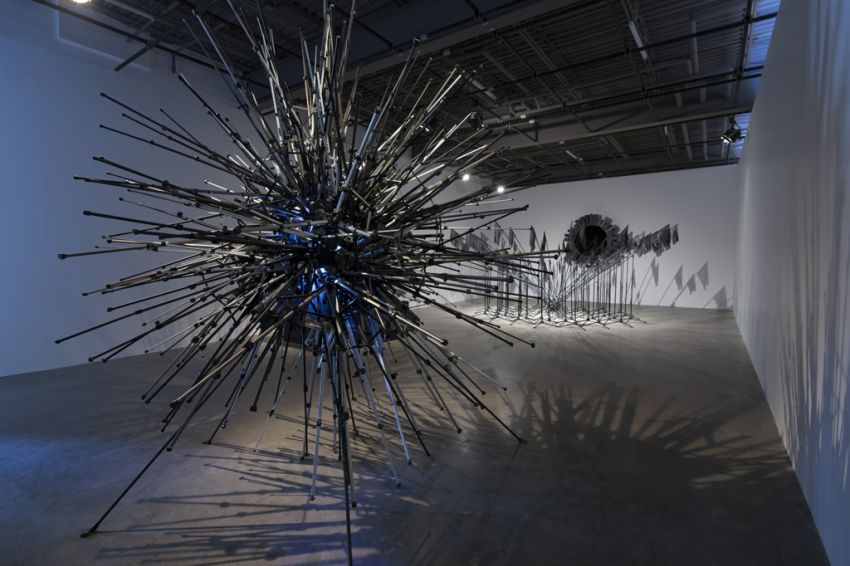 ” …that this strategy is a strategy without any finality; for this is what I hold and what in turn holds me in it’s grip, the aleatory strategy of someone who admits that he does not know where he is going… I should like it also to be like a headlong flight straight towards the end, a joyous self-contradiction, a disarmed desire, that is to say something very old and very cunning, but which also has just been born and delights in being without defense.”

Strongly affected by this quote from the French philosopher Jacques Derrida, I often muse that it could easily describe my approach to making art.

Employing formalist and conceptual approaches, my work plays deliberately on the mixing and juxtaposing of creative strategies as they relate to modernism and to contemporary art. I mix ideas and intuitions, with material playfulness and invention, privileging immediacy over tedium, questioning and opening over conclusions and affirmations.

I often work with objects harvested from my everyday life.  For me, recontextualizing objects as ‘art materials’ is a way of drawing attention to the sometimes hidden meanings of objects, the role objects play in our lives and to what we think is and isn’t art.

Michael A. Robinson is a Montreal-based artist born in Germany. He received his Bachelor of Fine Arts degree from Concordia University (Montreal), followed by a Master of Fine Arts from the University of Paris 1 Pantheon-Sorbonne (France).

Since 1994, his works have been exhibited in over thirty solo and group exhibitions in Montreal, throughout the province of Quebec, Canada and internationally in Rennes and Paris, and New York. His works are currently in the collections of the Musée national des beaux-arts du Québec, the Musée d'art contemporain de Montréal, Carleton University (Ottawa) and the Canada Council Art Bank. He is represented by galerie antoine ertaskiran in Montreal.