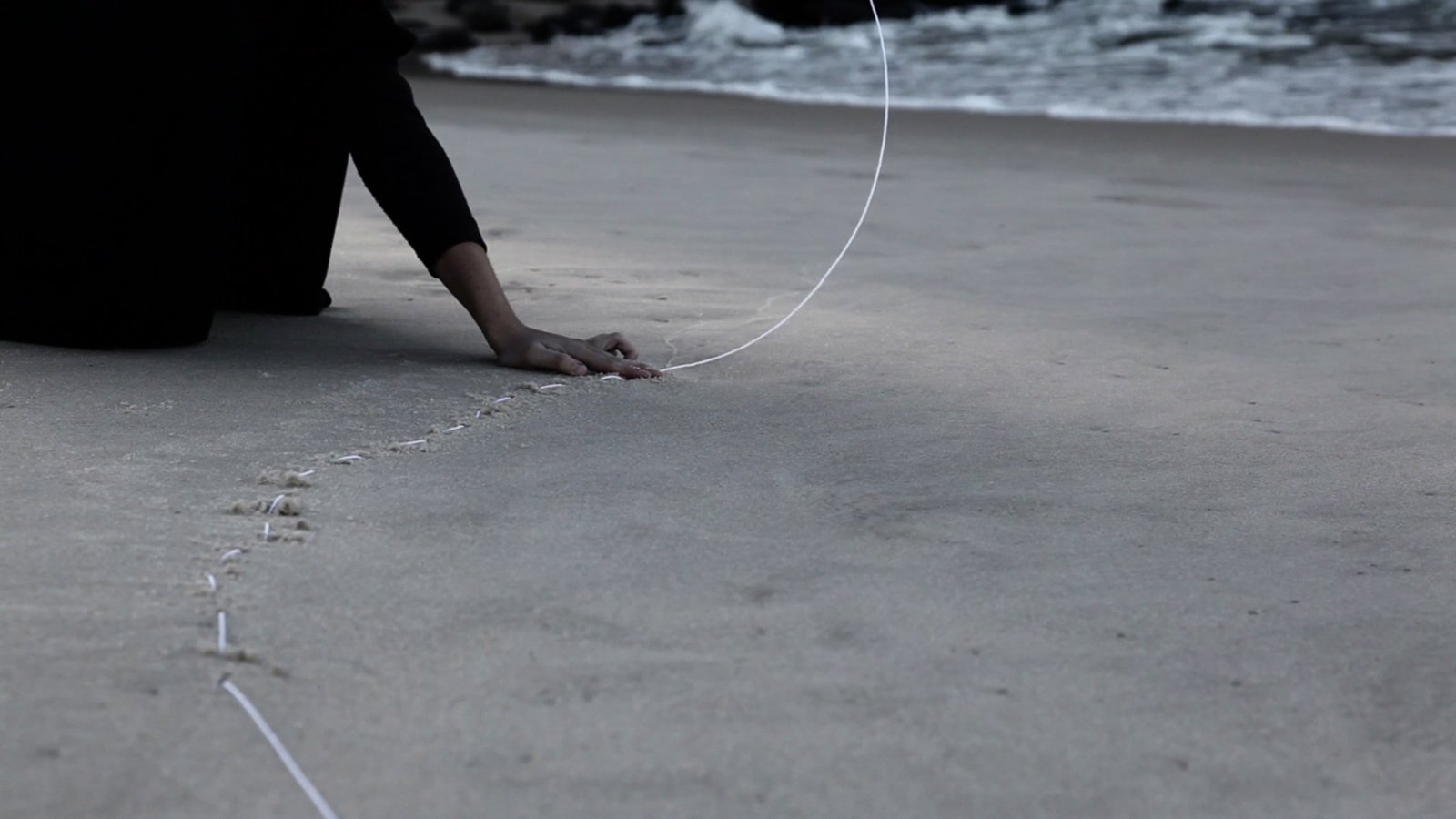 BIO/ STATEMENT:
Maria Laet's multidisciplinary practice is informed by a series actions resulting from subtle gestures and interventions in public and domestic spaces. Mediums employed act as conduits and platforms for Laet’s processes, skins, which convey her intentions and reveal the act as an archive. Her practice is marked by fragility that is often captured in a palette of black & white that in turn highlights a seemingly minimalist approach that ultimately points to the physicality and non-physicality qualities of her work.
When asked to define her work, Laet refers to "membrane" and "space" as elements that both bind and divide. These categorizations are emphasized in the entropic nature of her work, which may appear calm and sedate at first glance. Although this initial semblance of homogeneity, it causes one to question the definitions of limits on the surface.
Maria Laet's work has been exhibited since 2005 with solo shows in Rio de Janeiro, São Paulo, Milan, Paris and Lisbon. She has also participated in group shows such as: ‘From the margin to the edge’ (Somerset House, London, 2012); 18th Biennale of Sydney: ‘all our relations’ (Art Gallery NSW e MCA, Sydney, 2012); ‘Convite à Viagem’ (Rumos Itaú Cultural, São Paulo, Belém, Recife, Rio de Janeiro, 2012); ‘O lugar da linha’ (MAC, Niterói e Paço das Artes, São Paulo, 2010); ‘Paper Trail: 15 Brazilian Artists’ (Allsopp Contemporary, London, 2008).