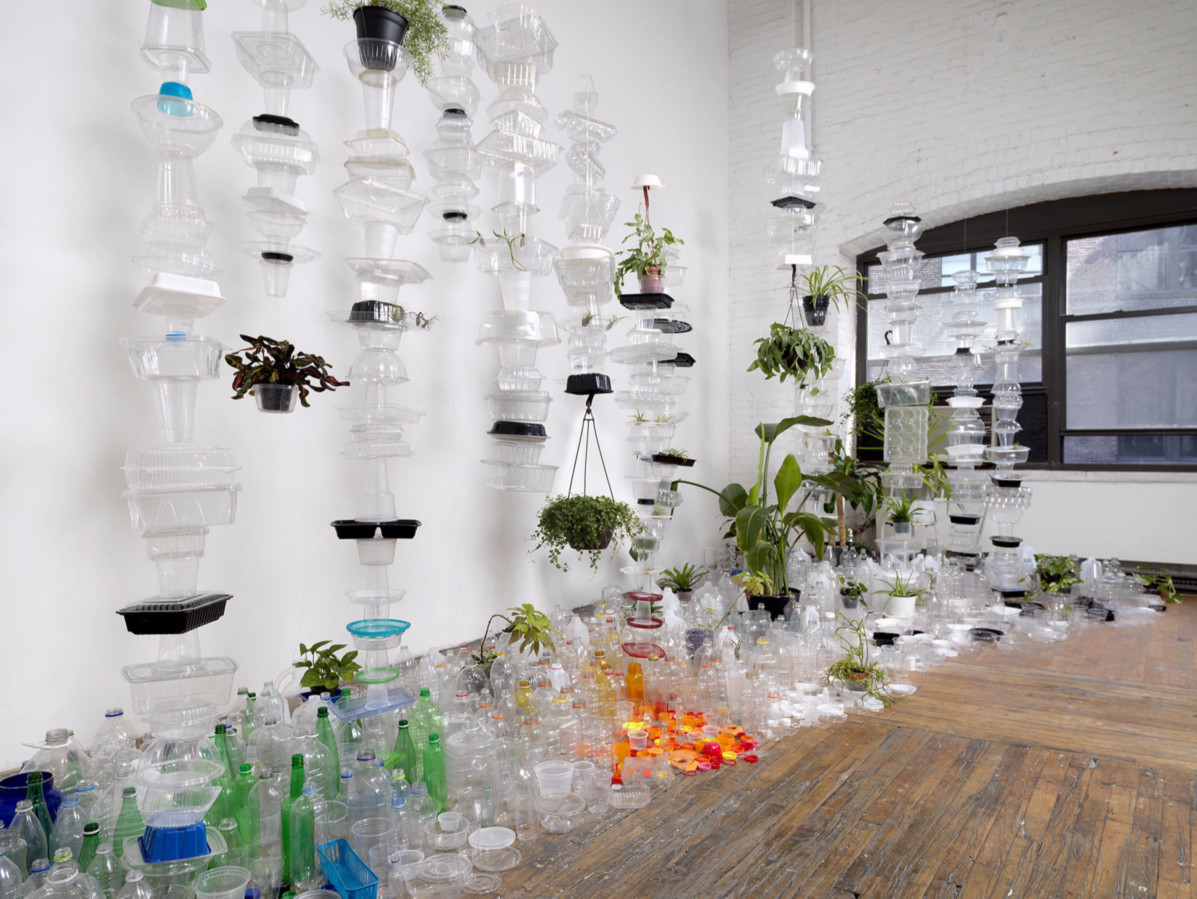 Lauren Berkowitz is an Australian installation artist whose work engages with ephemeral and recycled materials. Drawing from the landscape but disquieted by its precarious state, her work explores the poetic and sensory resonance of materials and their transformative qualities through light, volume, and space. Berkowitz’s work is often site-specific and relates to ideas of retrieval and regeneration. She is inspired by the Jewish concept of Tikun Olam, the idea of recuperation and repair of the broken world through small gestures. In recent works such as Plastic Topographies (2018), Berkowitz created a surreal dreamscape of accumulated recycled plastic forms that grew and mutated within the gallery. She combined living plants with take away food containers, bottles, and their lids, creating an ambiguous hybrid environment. The plastic forms became both biological and architectural, also suggesting the interior of the body or an imaginary forest.

Here you can watch an interview with Lauren Berkowitz produced by the Museum of Contemporary Art Australia.

Support: Lauren Berkowitz' residency is made possible with the support from Australia Council for the Arts.