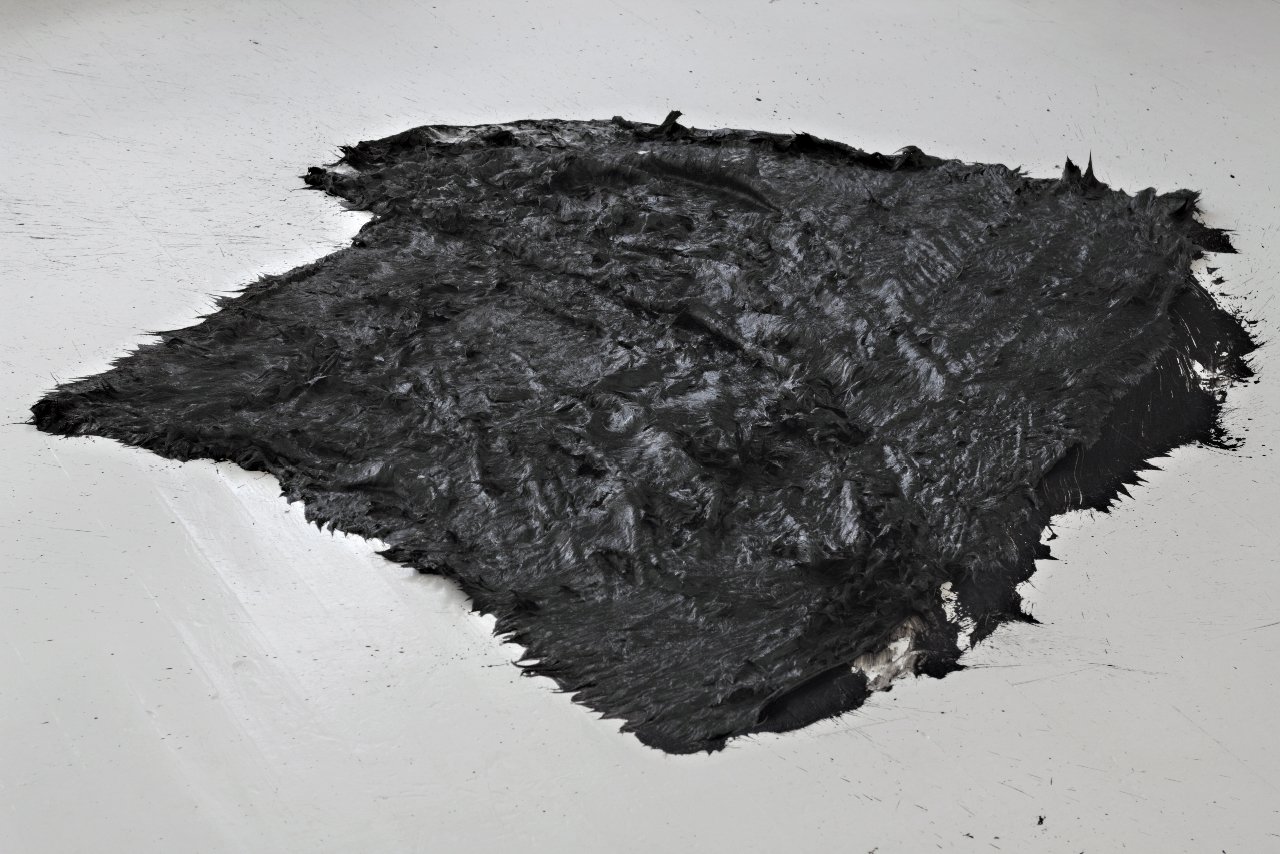 Kilian Rüthemann makes sculptures using simple substances such as salt, sugar, bitumen or cement, interacting these with the fabric of the building that support them — the walls and floor of a gallery, its steps, windows and lighting, for instance — to form architectural interventions that alter the function of their known ingredients, allowing structural properties to expound their own logic.

Rüthemann’s works are frequently made in situ, directly responding to the environment they will be shown in and lasting no longer than the duration of their exhibition. Each is the embodiment of a single act whose forthrightness combines elegance with absurdity. Despite their strict formalism and structural experimentation the nature of his inquiry is philosophical, its results poetic. Past works include skylights reconfigured to form a giant X formation running from ceiling to floor (X, 2009, Kunsthaus Glarus); a segment of a gallery’s parquet floor lifted and laid next to the hole it had left to form two side by side arrows, pointing to something made out of nothing (Untitled, 2009); and crosses drawn in cement across each of a gallery’s walls at Kunstmuseum Basel, (Untitled, 2010) — the ragged unevenness of the action contrasting with the conceptual purity of the gesture, whilst simultaneously damaging and drawing attention to the museum’s architecture.

Whilst Rüthemann’s process-reflective, event-indexing sculptures are clearly in conscious discussion with Minimal and Conceptual art of the ’60s and ’70s, the mutability of his materials introduces a narrative of dissolution and decay. Works are deliberately anti-monumental, testifying to their own transience, and announcing fragility and provisionality as worthy sculptural criteria.

Kilian is currently participating in the show "Manufacture" at the CentrePasquArt,Kunsthaus Centre d'Art in Biel (Switzerland).

Kilian's 6 months residency is made possible with support from iaab, the International Exchange and Studio Program Basel, in collaboration with Galapagos Art Space. The residency program is generously financed by private and public sponsors.