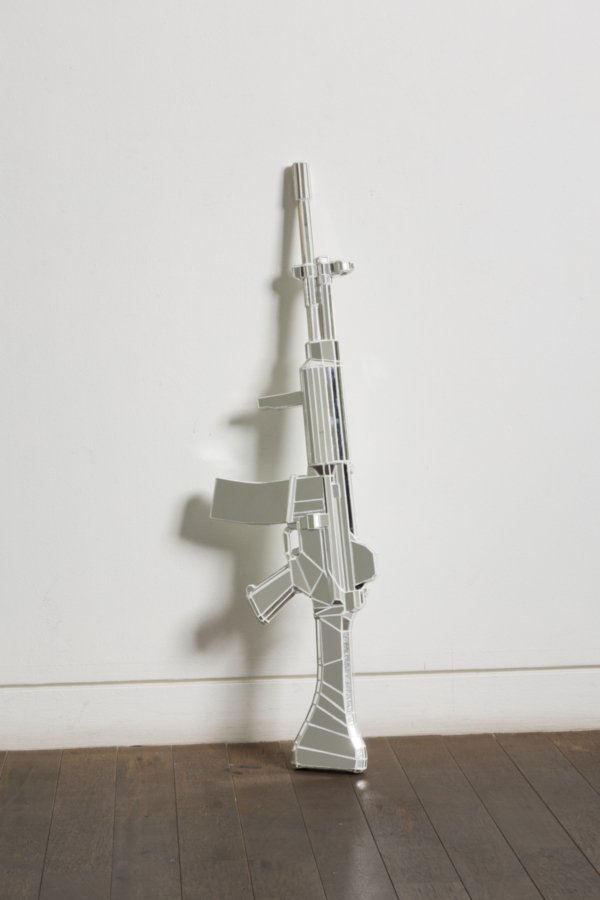 JUJU U´s interdisciplinary practice investigates different modes of production as well as expanding craft related techniques with nontraditional materials such as gunny sacks, napkins, candies and food wrapping paper. The North, a series of mirrors and stained glass captures North Korean propaganda slogans such as Obey Father, Evil and Victory. The collages from the same series are imbued with a variety of icons that appear in the North Korean printing media.  Since 2012 JUJU U has been developing the photographic series Super Museum Project, a comment on consumer culture and goods that can be found in supermarkets. Inserted in each photograph, the artist’s costumes are carefully constructed out of ingredients such as straw, strings, candy wraps and disposable dishes. Juju’s artistic path leads her to study, explore and merge a wide range of materials such as wood, felt or ceramics to name a few, resulting in fresh and unexpected outcomes.