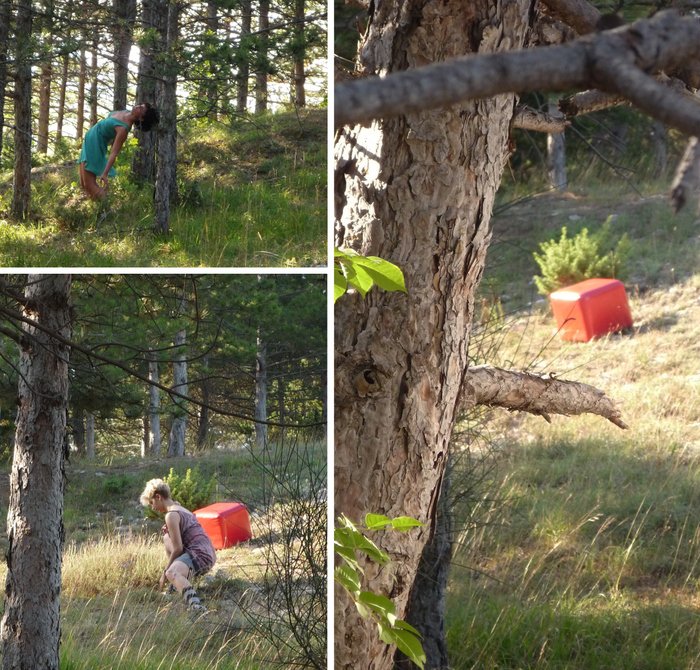 http://www.irinaosterberg.com/?page_id=6
http://soi3.tumblr.com/ (daily blog of their activities in New York during their residency)

They started a dialogue confronting their views on performance at Trinity Laban Conservatoire for Music and Dance, where they developed their personal ways of seeing dance and questioned their views independently.

When a performance takes place (and for Masako and Irina it often happens in a specific setting) there is a proximity which makes the performance so fragile that anything could interrupt or almost has the right to disrupt.

The relationship between performer and viewer is in fact an interesting connection to investigate.

By considering this relationship, their work aims to break a sense of role, implying that there is no hiding from either of the two sides and the communication is more of an exchange. An often complex or diverse space challenges a performer to be aware of what is happening around him and what does this particular space need in that very moment in time. Therefore performance can influence how a visitor perceives the space he enters.

It is the use of space and the environment's language that Irina and Masako are concerned with.

They often collaborate with creatives coming from different backgrounds, looking for mutual influences between fields of work.

Since 2009 they have been collaborating and exhibiting consistently, performing in group and solo shows in the UK and internationally as well as realising commissioned work for gallery openings in UK, Finland and Italy.

Specificity of Circumstances is a project conceived for the Artists Residency at RU headquarters in Brooklyn, NY (2nd July - 2nd September 2012). It is derived from fragments documented during a year's time allowed by a Residency at Southbank Centre, which encouragingly supported the research and provided space and time in which to invest towards a development of previous performances.

THis residency is supported by South Bank Centre as part of the Collective Movement 2011-2012 program for emerging dance artists. Travel costs are covered by the
Lisa Ullman Travelling Scholarship Fund.