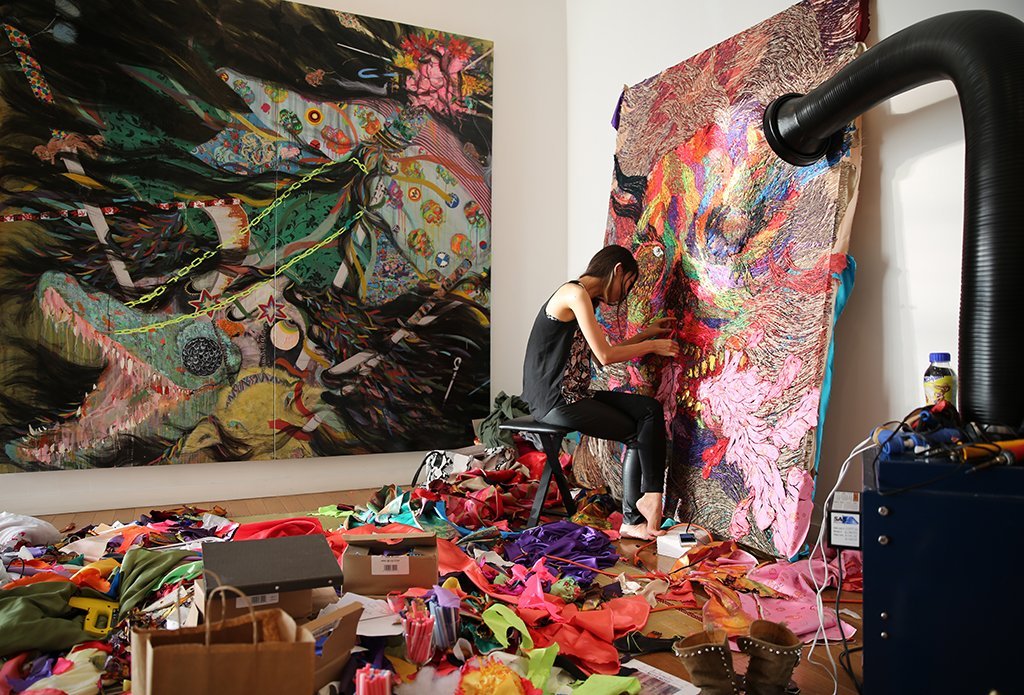 Hyon Gyon in her studio

BIO/ STATEMENT:
After living in Japan for almost a decade, the South Korean artist Hyon Gyon has begun an extended residency in New York City to explore new directions in her practice.  Formerly a designer of chima jeogori (Korean traditional clothes), her last body of works was realized with Korean satin fabric and dedicated to the energy that stems from the still existing tradition  of female shamans (Mudangs) in Korea  as they mediate  between the spirit and human worlds.

The investigation of abstraction in painting through the use materials and materiality, textures and surfaces, colors and energy emanating from the New York City environment is her current focus. Abstraction conditioned by the response of diverse materials such as beads, gold leaf, pottery shards, feathers, wax, and encaustic now guides Hyon Gyon.

SUPPORT: Hyon Gyon's residency is supported by a private donor.