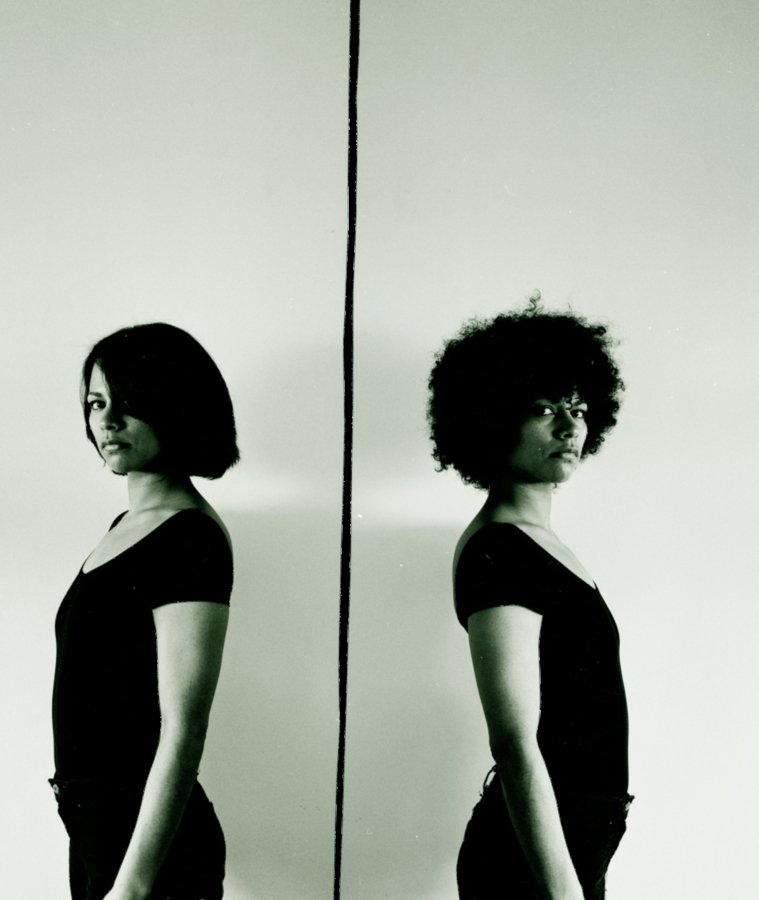 Emilie Régnier is a Canadian Haitian photographer born in Canada who spent most of her childhood in Central Africa (Gabon) before moving to Dakar in Senegal and then Paris (France). As a photographer who has traveled to the Middle East, Eastern Europe, the Caribbean and throughout Africa,  her work attempts to build bridges within the many dimension of this world. In 2011 and 2012, Régnier spent two years exploring her Canadian-Haitian heritage, attempting to unify her extremes to construct an extended family portrait by doing a DNA test and reaching out to 1,224 people who share segments of DNA with her. "As a person of mixed race, you portray the collision of two worlds. But you can also consolidate two distinct universes. I am white and black, I am Canadian and Haitian. This project is an attempt to unify my extremes, to finally exist between my father and mother, to re-appropriate my own history by creating a family portrait of people I never knew, extending it beyond my immediate relatives."

In the photographic series Hair and Leopard (2014-2016), the artist documented the style and cultural signifiers found  throughout the African continent and beyond, illustrating methods of portraying beauty and power, and initiating a discussion about identity and the relationship between between Africa and the West

For more information about her work check this interview.

Emilie Régnier: 'I am white and black, Canadian and Haitian', Financial Times

Support: Emilie Régnier's residency is made possible with support from Canada Council for the Arts.