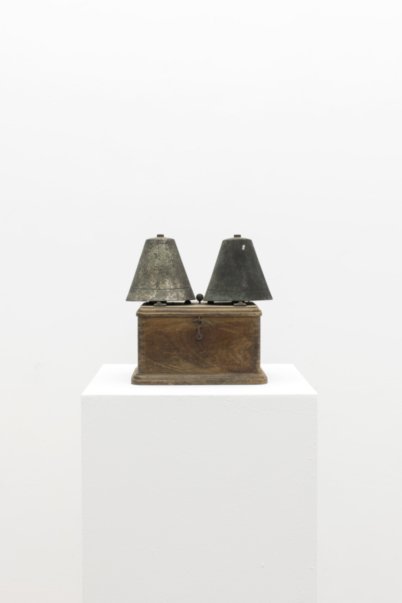 Education: 2011, BFA, received from the photography department of the Zurich university of the arts (ZHdK)

Photography has made a consistent appearance in Emanuel Rossetti’s practice. At times, he anonymizes the photographic element by using it as a fragment in virtual compositions or turning it into a background. Rossetti continuously makes use of found objects to signal spatial limitations and, concurrently, interfere with them. For example, his repeated use of bells, and the sound they make has become a steady part of his repertoire. Rossetti sees the process of building an exhibition as a sort of negotiation, finding ways of highlighting but also concealing things concerning the exhibited works, what is around and between them.