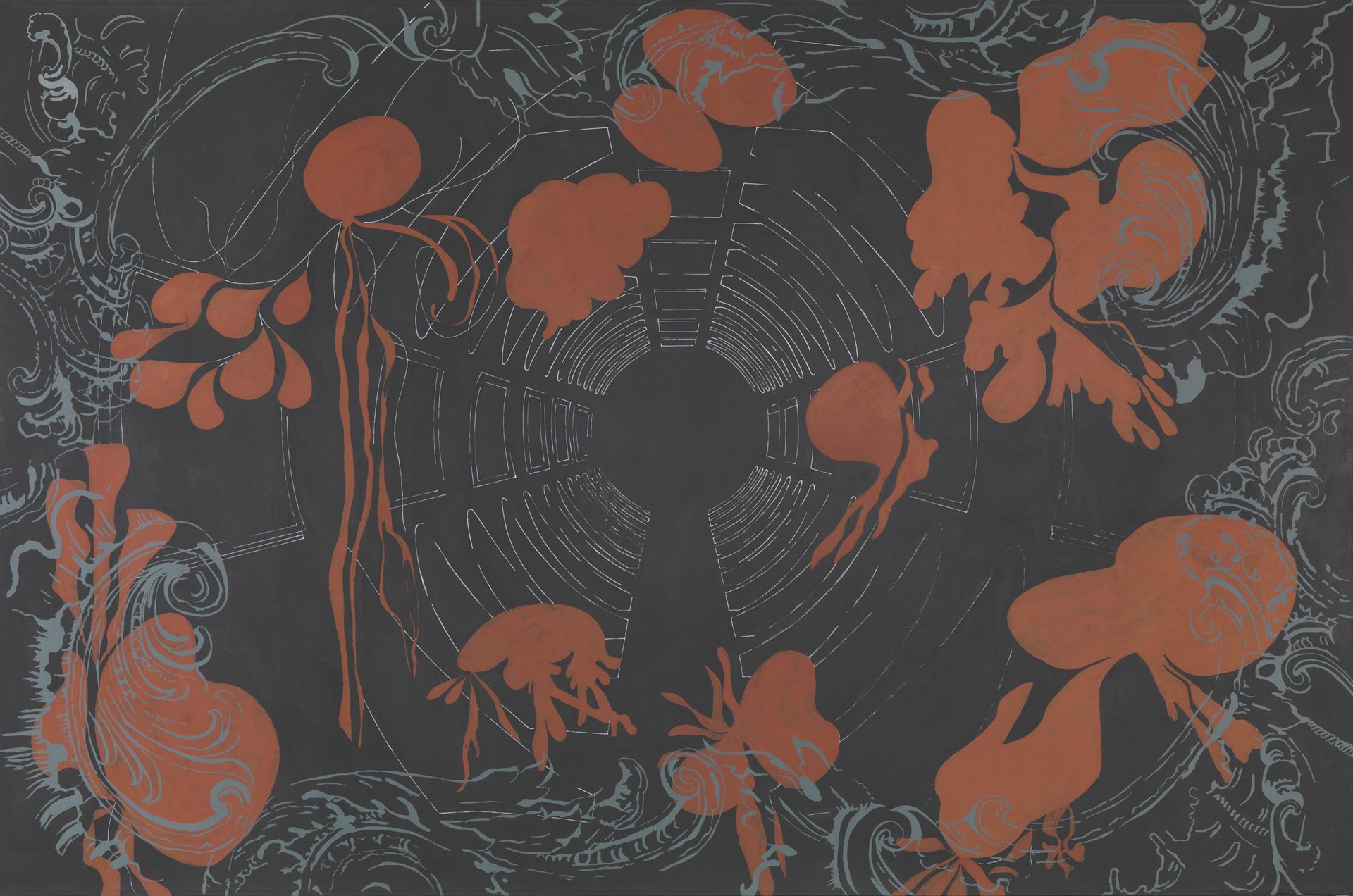 Education: M.S. in Industrial Engineering at the University of São Paulo and an MBA from Bocconi University in Milan

In trying to restore the complexity of the real, Debora Hirsch’s paintings bring multiple references and connections, after a critical investigation on apparently unrelated worlds. This results in images that find their meaning at the end of an engineered construction unfolding in a selection of decontextualized evocative architectural details, decoded artifacts hidden inside the digital language, the apparent ‘natural condition' of symbolic decorative elements, scientific representations, traces from handmade automatic patterns unwillingly quoting the microscopic life, historic and digital colonialism imagery.

Progressing by hints and inferences is her favored method in the production of works that connect histories, from the past, present and hypothetical future in a subject less world. In her research, elements have lost or suspended significances, they no longer share a univocal sense: meanings are elusive and migrating. In these works, intuition is the act of validation and creation of forms, that emerges by rejecting the temptations of the intellect to understand the new in terms of language, processes and concepts from the past.

Debora Hirsch has been investigating the limits of representation by painting fragments, sceneries and composing video installations. This research tries to bring consonance, knowledge and insight. "I try to 'resend' the perception towards the network to which we are all interconnected and depending on." Her research is also related to anthropology, through elaborated works as 'snapshots' of an ongoing inquiry that includes theories, conjectures, interpreting signs and experimenting.

Support: Debora Hirsch's residency is made possible with support from Fondazione Rivoli Due and Vittorio Rappa.