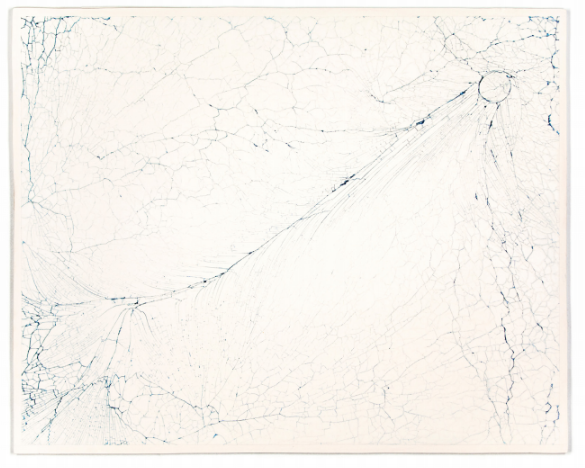 BIO/ STATEMENT:
Brett Swenson’s practice explores the mutability of memory and perception. His works subvert the constructs of time, measurement, and categorization with a mixture of sculpture, video, photography, and installation. Through performative interventions and materials including obsidian, architectural glass, plaster, and industrial detritus, he embeds improbable human signatures within natural and geologic systems. Examining the relationship between nature and our constructed environment, his sculptural works manifest as uncanny juxtapositions of the mundane and the phenomenal, evidence of something that can’t be dreamed. His performative video works are portals into shadowed histories, embodying the poetics of destruction and decay by placing viewers within worlds of entropic dissolution. Negotiating between action and re-action, intention and occurrence, connections are ultimately drawn between the body and the hyper-realities of material time and space. These choreographed actions give form to narratives in which reality and fiction are subjective, and where man and materiality are hopelessly entangled.

SUPPORT: Brett Swenson’s 3-month residency is made possible with support from the National Endowment for the Arts (NEA) ArtWorks grant and a matching fund from the Dedalus Foundation.