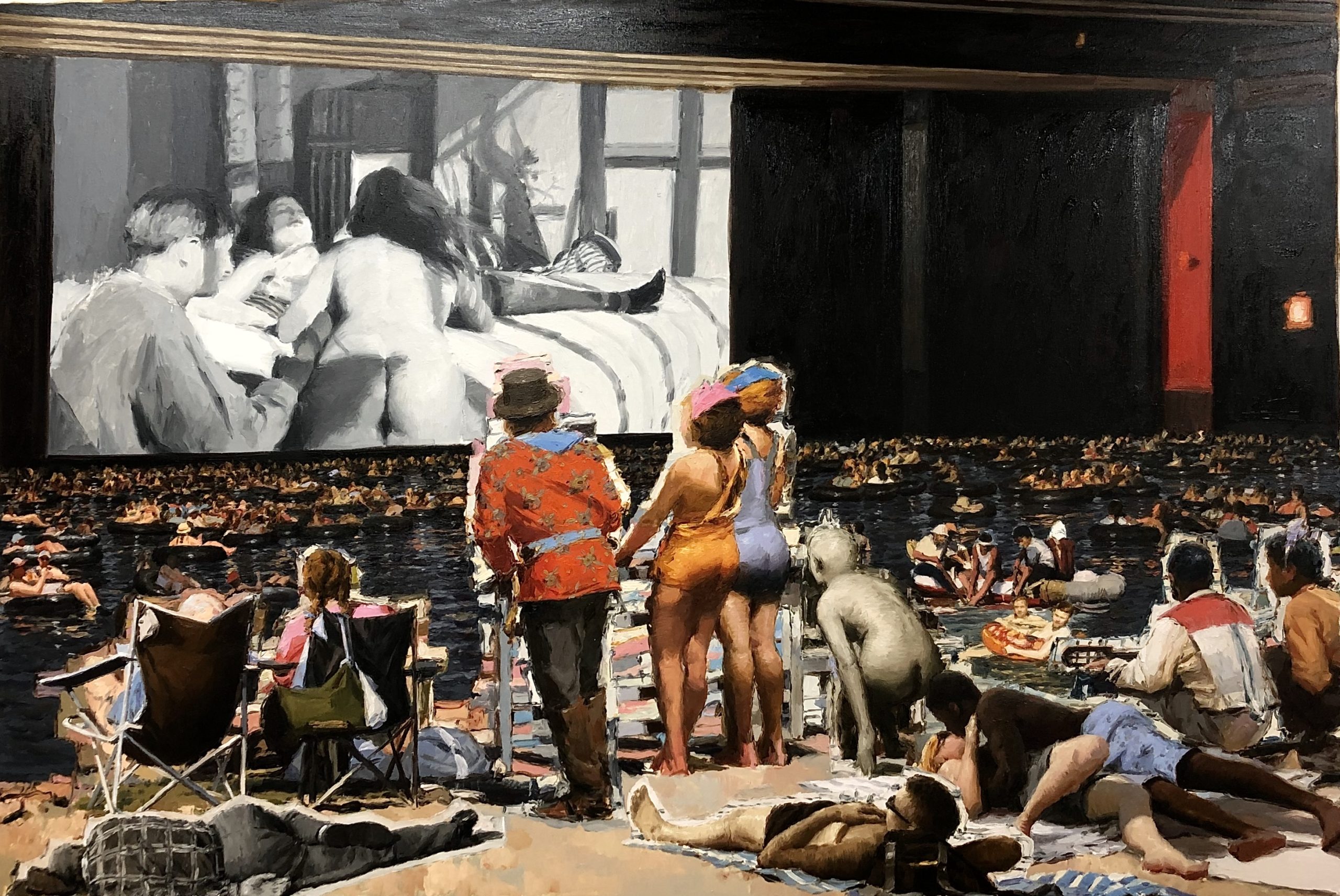 Ariel Cabrera Montejo is an independent artist whose works explore the historical discourse between truth and fiction found within the archives of Cuban historical documents. His work recreates theatrical scenarios inspired by historical periods like the Interwar Period (1879-1895) and the Cuban War of Independence (1895-1898).

Despite what Cuban history wants to say about its military heroes, Cabrera intends to show them in his painting as human beings with their lewd and sensual desires, as an attempt to question the official history of Cuba and its supposed veracity. In his works, he addresses sensitive topics in a social-political context, such as sexuality, power, and the loss of the war hero myth.

Ariel Cabrera has collaborated with the New York Academy of Art (NYAA, Tribeca) as a professor. His work was selected for the cover of La Lettura Magazine (Nov, 2020), Italy.

His upcoming solo show at Gallery Alvaro Alcazar in Madrid will open in February 2023.

Support: Ariel Cabrera’s residency is made possible with support from the Rockefeller Brothers Fund and the Cuban Artists Fund.