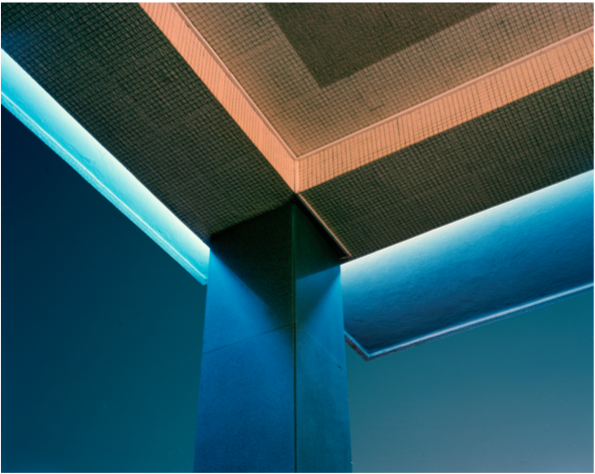 Education: André Cepeda is self-thaught, starting his interest in photography at the age of 13, working in diferent institutions, first, at the Encontros de Fotografia in Coimbra (1990-1994), an International Photography Festival, where he did his first workshops and collaborations. In 1994 he moved to Brussels where he started his first contact with Espace Photographique Contreype. In 1997 he returned to Portugal, to Porto, the city where he still lives today, to work as technician in the laboratory and digitalization department of the photographic archive at the Portuguese Centre of Photography, from the Ministry of Culture (1997-1999). In 1998 he trained printing techniques with Guilhaume Geneste, “La Chambre Noire”, in Paris, and with Philippe Rogier, in Brussels. From 2003 to 2006 he was responsible for the image treatment and digitalization of the project http://www.anamnese.pt, a digital platform on contemporary art from/in Portugal. In 2006 André Cepeda founded Blues Photography Studio in Porto where he produces prints, scans and photographs for many photographers, institutions and galleries (www.blues.com.pt). Since 2008 he runs Inc. Livros e edições de autor, a bookshop specialized in artist books (www.inc-livros.pt). André Cepeda gives a one week workshop every year at the Photography School CEPV, Vevey, Switzerland, since 2013.

BIO/ STATEMENT:
André Cepeda is a photographer that has developed several projects in the past few years having the Portuguese contemporary landscape as his workspace, working mainly with a large format camera (4x5 inch), 16mm film and sound fields. He began exhibiting and publishing regularly in 1999, the year in which he received a residency grant at the Espace Photographique Contretype, in Brussels, Belgium. In 2003 he showed at Bienal de Pontevedra, “No principio era a viaxe”, curated by Miguel von Hafe Pérez and David G. Torres, and in 2007 he was shortlisted for the EDP New Artists Prize. Between 2006 and 2010, he developed the project “Ontem”, presented for the first time at the Galeria Zé dos Bois, in Lisbon, Espace Photographique Contretype, in Brussels, and the Photographic Festival in Rome curated by Paul Wombell, with the book published by Le Caillou Bleu. In 2010 he was nominated for the BESPhoto Photography Prize, in Lisbon, and developed an important project for the Lisbon Architecture Triennale. His second book, “Rien”, by Pierre von Kleist Editions was published. In 2011 he was shortlisted for the Paul Huf Award, Foam Fotografiemuseum Amsterdam, and did a 3 month artist-in-residence program in São Paulo, with the support of the Gulbenkian Foundation and FAAP, publishing after this period his new book “Rua Stan Getz”. At the moment he’s preparing a solo exhibition for the National Museum of Contemporary Art – Museu do Chiado, in Lisbon, curated by Sérgio Mah, a project he has developed for the last 2 years, opening in May 2016.

“André Cepeda’s photography therefore uses an intrinsic play with realism as a device. Yet, this is done ironically, as the real that is highlighted in his pictures is, in fact, a visual construction, which, however, does not take on the theatricality that might signal its condition. That is why his version of landscape holds no shred of the monumental, does not order or classify – quite the opposite: it sculpturally elects a situation, searches for its tri-dimensional nature and captures it, in a dubious documental play, that is merely so because a camera was placed before it. To answer the question asked in the beginning, landscape in André Cepeda’s photography is a quest for the insignificant detail that has risen to a sculptural condition. Which is why his photography is so close to sculpture.” Delfim Sardo