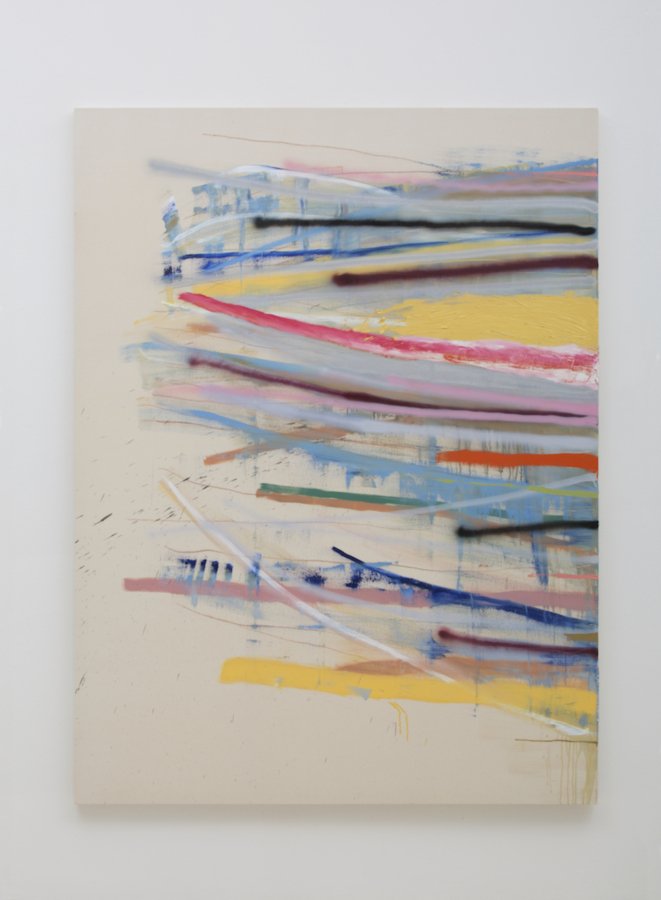 BIO/ STATEMENT:
Ana Prata’s work is characterized by openness and freedom of research, allowing space to be contaminated by different ideas. Her work’s subject is the very painting itself, which varies in groups of scales and subjects. They are quite objectual and abstract with less of a traditional support. Each painting she produced is an object that carries its own internal logic and visual voice.

She is interested in deepening her research on a socio-cultural context basis. The geographic shift from Brazil to New York allows her to explore the new environment and discover new means in which will help her understand the relation between the work and space. This kind of contamination to invade her production is very important to her, just like a stimulus, awakens a profound reflection and a new focus in her work.

“To me, her demeanor toward painting seems to suggest an alternative both to the painter as an editor of styles, a sterile manipulator, as well as to its counterpart, the recovery of the anti-historical and affected image of the painter-hero. At a glance, it felt like perusing a chapter of a book on modern art history: primary colors, geometric shapes (or almost) — everything was there. The analytic cubism, the primitivism, the zigzags, the monochrome. Almost all of them in a tiny format, the works seemed to dissolve in the white expanse of the gallery, while at the same time inviting individual examination. Prata avoids the spread-out constellating approach common these days and displays her works in a traditional way: at eye height, only varying the distance between them.”

In 2009, at Centro Cultural São Paulo and Centro Universitário Maria Antonia, both in São Paulo, Brazil.