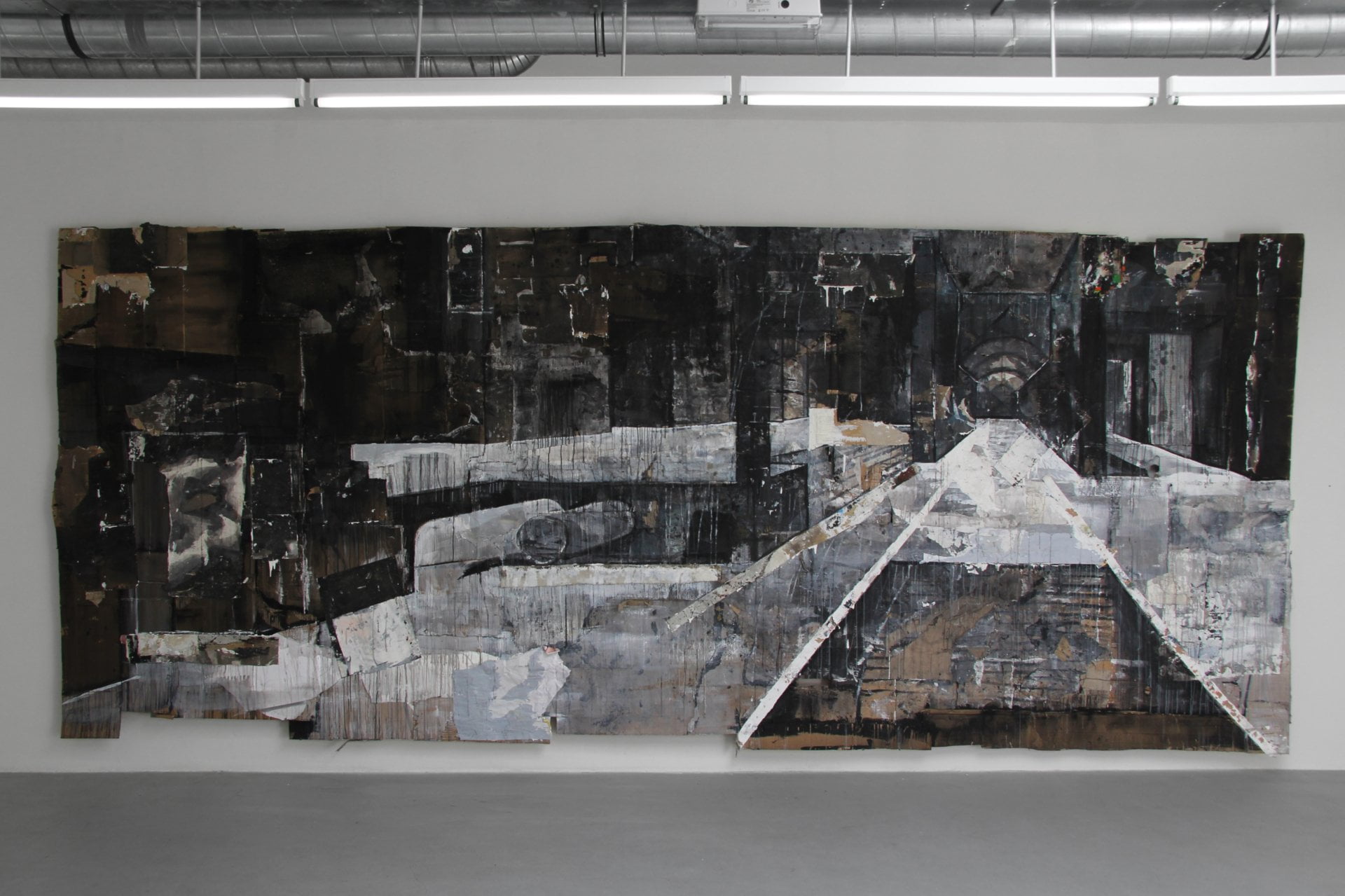 Van den Broek began practicing painting in the city of Amsterdam in his early twenties. He was a squatter and painted together with a group of artists that later formed the Blitzkrieg collective. Due to this method of learning, Aldo considers himself as an autodidact. He then moved from Amsterdam to Berlin which provided the right context for him to develop his own artistic style. Van den Broek is known for his very large, multi-layered, outspoken paintings and collages. History, underground, punk and romanticism, architecture and people meet in his works. He is fascinated by the urge of people to strive for safety and freedom simultaneously and the deconstruction that normally follows. His paintings are constantly transforming through an organic process he applies in his work. “The end result should show you that it wasn’t just some cardboard pasted together and then painted. The process has many layers and gradually gets his final form.” 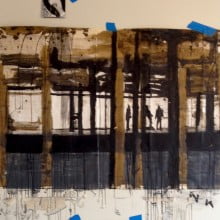