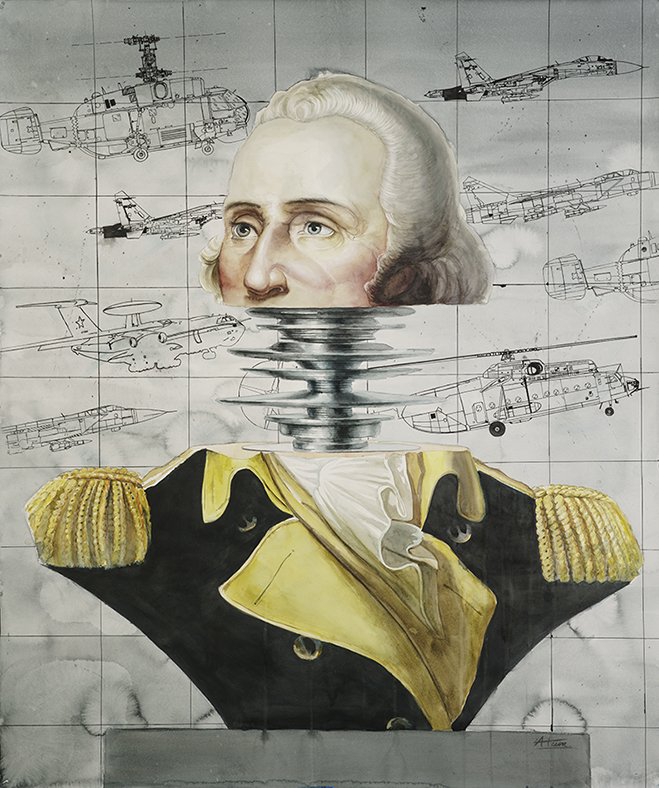 Alain Pino is a multi-disciplinary conceptual artist who deftly crosses artistic borders between painting, drawing, printmaking, photography, and sculpting. Addressing social and political events – seen both in his hometown Camagüey and beyond – Pino marries paintings and photography in his installations, using visuals from the news, public space, as well as historic archives.

Portraiture is a significant part of Pino's practice. It allows him the exploration of human condition through hybridity of materials and disciplines. His focus is often the individual, featuring mysterious and strange-looking characters – often androgynous and planted in situations that are ambiguous – as it’s only through the individual that we can notice the social change in daily happenings.

He reflects on condition and issues of migration in an ongoing work Escape (2002-present) and Zona de selección (AÑO) (Selection Zone), a 26-feet-long installation where acrylic panels and aluminum pipes undulate as waves, crossing each other every certain distance thus mimicking the trajectory of the DNA. Photographs of different people with their mouth open, as if taking a breath of air, are printed on the plexiglass and are metal tubes pass through the mouths of those being portrayed. Here, Pino reflects on the migration through the sea and on the process of “natural selection” that is implied within surviving this experience.

Pino is a co-founder, with Niels Moleiro and Mario Miguel González (Mayito), of the artist collective The Merger. He remained in the group for eight years, departing in 2017.

Support: Alain Pino's residency is made possible with support from Rockefeller Brothers Fund and the Cuban Artists Fund.