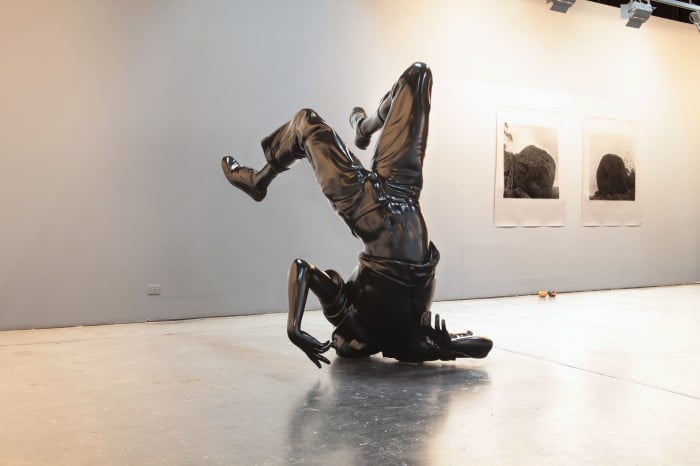 BIO/ STATEMENT: My practice deals with the inherent desire of young males being drawn towards risk taking behavior as a means of understanding. Often coming to fruition in scenes of failure, I use extreme sports as a vessel to implement my ideas. The hubris, schadenfreude and jouissance that follow these actions activate a charge and helps to reveal their desirability. An exploration of masculinity and rites of passage give grounding to the inescapable tradition of this behavior. These jubilant instances of hubris can be extrapolated and are grounded in both historical and contemporary political and cultural falls from grace. In these moments, the myth of Icarus and the teenage skateboarder become assimilated through their cheeky desire to push the boundaries of the known.