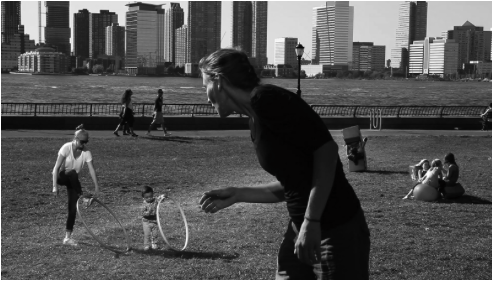 Anna Fabricius, The Possible Plays with Thought, 2015. Still image from video, courtesy of the Artist.

Residency Unlimited and InCube Arts are pleased to present Socially Acceptable, an exhibition that brings together the work of three of RU’s current artists-in-residence: Anna Fabricius, David Helbich, and Sophia Hewson.

Socially Acceptable looks at relational artworks that grapple with the vagaries of human behavior. How can artworks perform new conditions for interpersonal maneuvers?

Anna Fabricius’ video project, The Possible Plays with Thought, offers intimate portraits of individual reaction and realization, skewing perception and slowing-down time to focus on what are often fleeting moments of instinctual responses. David Helbich’s photographic and media-based works No Image - Scores for the Viewer and No view - Eyepieces, provide didactic frameworks for interpreting graphics and urban landscape imagery, leading viewers into highly choreographed and play-based interactions with the works. Sophia Hewson’s performance project to intervene in Warren Jeffs’ notoriously isolated Mormon community in Hildale, Utah led her on a ten-day journey into a personal exploration of female disempowerment, protest, and psychological endurance. While each of these practices is distinctive in its approach, they share a common purpose in creating test sites for behavioral manipulations, and self-reflection within the realm of the socially acceptable.

--
Juliana Driever is a curator and writer. Her interests lie with art in the public realm, particularly work that is site-specific and participatory. Recent curatorial credits include About, With & For (2013, Boston Center for the Arts), and Art in Odd Places 2014: FREE (New York, NY). In 2016, she is co-curator (with Amber Berson) of The Let Down Reflex at The Elizabeth Foundation for the Arts (New York, NY). Her writings appear in the print volume Service Media (Green Lantern Press), and online at Bad at Sports and A Blade of Grass Foundation.

Javiera Cadiz Bedini is a multidisciplinarian who obtained her M.A. from the University of Siena. She is an assistant curator, researcher and writer and looks primarily at contemporary art from a historical perspective. She focuses on global art that explores the nuances of issues pertaining to contemporary events. Her writing appears in ArtsouthAfrica and she has published essays and translations in Europe and Africa. Most recently, she assisted the curators of Brushing Up on Stern at the South African National Gallery and is currently a curatorial intern at RU in NYC. 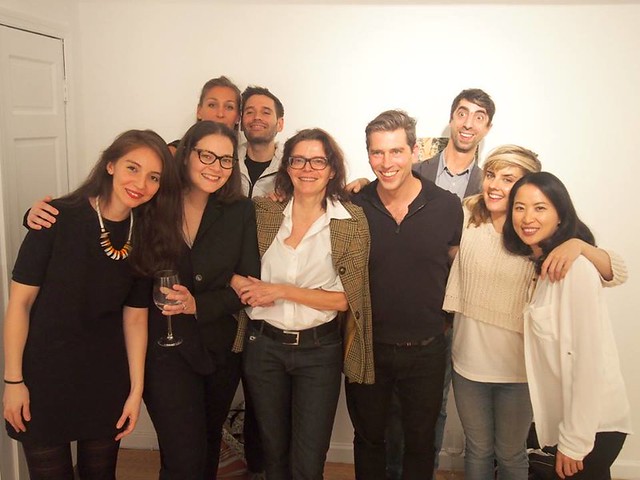 --
This exhibition is made possible with support from the Trust for Mutual Understanding, Flemish Government “Flanders, State of the Art,” and the American Australian Association.
This program is supported, in part, by public funds from the New York City Department of Cultural Affairs in partnership with the City Council.