Click here to view map. Details on how to get to Governors Island here.

Please join us for an open studios event of the New York based artists Damali Abrams and Ibtisam Tasnim Zaman, both invited by Residency Unlimited to occupy workspace from May until end October 2022 in the unique setting of a house on Colonels Row shared with KODA at Governors Island.

The vibe in Damali Abrams' studio is Queens-born Guyanese-American mermaid lair. Since 2015, Abrams has collaged images of black and brown mermaids to work through the inherited trauma of enslavement and to portray successful celebrities and people of color. 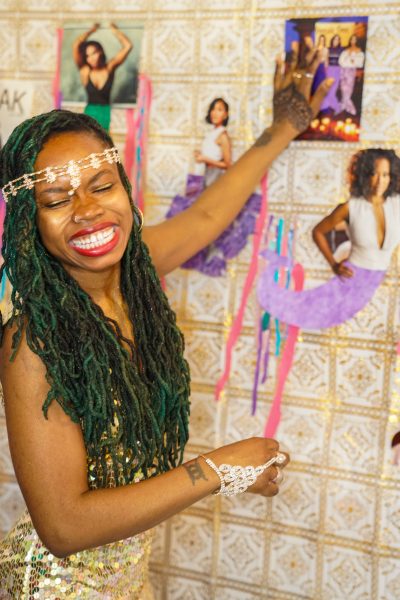 Click below to see images from Damali Abrams' open studio 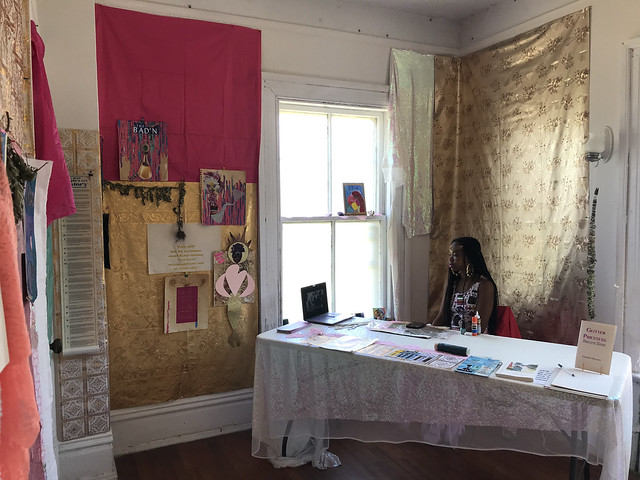 Ibtisam Tasnim Zaman is currently working on the project “Through Our Own Eyes: Divine Feminine Fables” that connects the stories of BIPOC women and queer individuals through a series of intimate portrait sessions and interviews painted and lead by the artist. Participants will be selected through an open call, and word of mouth to the BIPOC women and queer communities to take part. Each participant will be invited into the artist's Governors Island studio to share their lived experiences. This will result in a narrative portrait collaboration. Ibtisam is also working on an outdoor installation and will be exhibiting an autobiographical narrative tapestry during the open studio. If you are BIPOC and are interested in being painted, please contact the artist here: ibtisam.tasnim@gmail.com 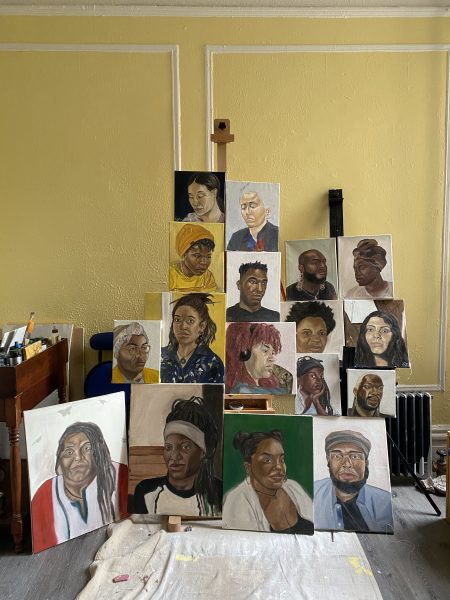 In the studio of Ibtisam Tasnim Zaman 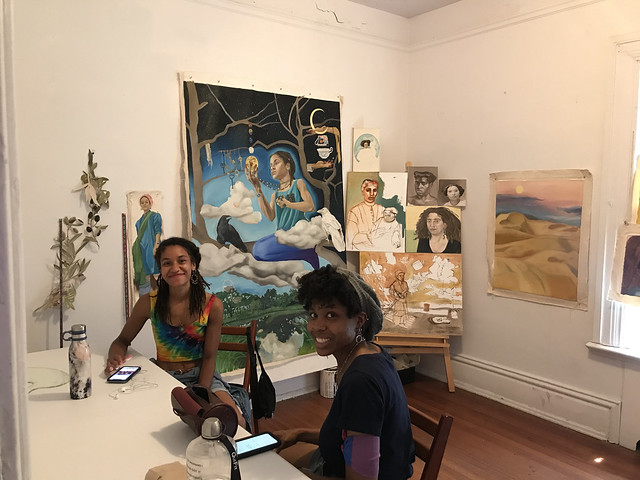 Damali Abrams participated in RU's 2021 NYC-Based Artist Residency Program. Damali is a reiki practitioner, and educator. Her work largely references the Afro-Caribbean folklore and aesthetics that she was immersed in growing up in Queens, New York. Abrams’ parents are from Guyana. Culturally and politically a Caribbean nation, Guyana is the only English-speaking nation in South America. Growing up Abrams heard many stories about mermaid sightings in Guyana, as well as other supernatural phenomena that are considered mundane in the Guyanese diaspora as well as other Afro-Caribbean cultures. This contributed to a lifelong fascination with mythical creatures and magical experiences. Inspired by second-wave Black Feminism, her research-based work is about visualizing Black utopias via mixed media collage, performance, video, and installation, referencing folklore, fantasy, and magical realism from Black Atlantic cultures. Abrams’ work often embraces a DIY aesthetic learned from early Hip-Hop culture as well as 90s riot grrrl zines made up of xeroxed cut-outs.

Ibtisam Tasnim Zaman recently completed RU's Voices of Multiplicity (VoM) Artist Residency Program. Ibtisam is a Black Lesbian American Multidisciplinary feminist and self-taught artist. Her art practice consists of creative writing, spoken word poetry performance, narrative painting of BIPOC people, and community art projects. Her work draws inspiration from Persian Islamic geometric art, Indian classical art, surrealism, and magical realism. Originally from Tulsa, Oklahoma, Ibtisam moved at age six to England, followed by the UAE. Her mother made the decision shortly after 9/11 to escape the violence that Muslims and BIPOC are still facing today. By thirteen, she would live between the UAE and India over the subsequent nine years. As a queer, Muslim raised, Black woman, Ibtisam learned to navigate different forms of systemic oppression nationally as well as internationally. These experiences are the foundation of what informs her work and community engagement. 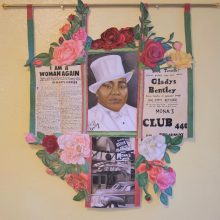 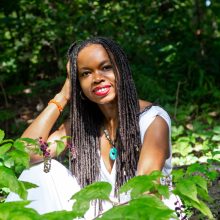