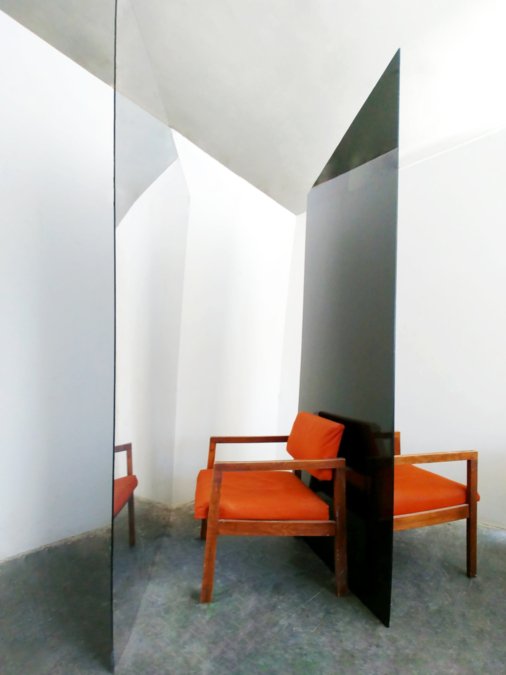 Hosted by El Museo de Los Sures, and featuring current Residency Unlimited artists Kinu Kamura (France), Julie Leidner (USA), Mads Lindberg (Denmark) and Theresa Volpp (Germany), Scrims & Blurs presents a navigable pathway of paintings, drawings, sculptures, collages, photographs and partially site-specific installations. It's an exhibition that invites visitors to look at, into and through a variably interactive array of objects while pondering notions of blurry translucence, reflective transparency, dematerialization and rematerialization, and self-refraction and self-discovery. In ways active and viewer-activated alike, the carefully considered surfaces of all of the works — layered materially as well as conceptually — serve as sieves and concealers, revealers and obscurants. Behind their textures, filters, scrims and screens lie clues, secrets and discoveries. 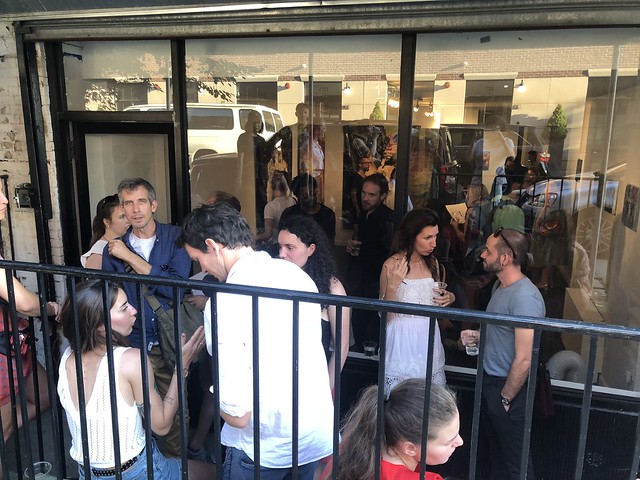 Broad and expansive like a sprawling tapestry, Theresa Volpp 's multi-panel mixed-media painting on transparent vinyl is an amalgam of gestural, energetic, and at times frenetic marks and layered applications involving household paint, ink, glitter and spray paint. Her treatment is thin yet chunkily abstract in formal ways. Her palette is deep yet punctuated by vibrant yellows. Transparency lies beneath her materially complex surface, but it's all but hidden. Your act of seeking it out then becomes exploratory; locating its ulterior surfaces is thus excavational.

Hidden in Mads Lindberg's sequence of mixed-media paintings, meanwhile, is neither transparency nor translucence, but rather various forms of representation. What Lindberg hides, in other words, is paintings or other kinds of imagery that he finds and repurposes, intervening with his own additional marks and forms. These already somewhat hidden works are then hidden even further behind scrims, as it were, of not only resin, but also an additional 'outsourced' layer of a different sort: plastic shopping bags. Lindberg's implicit commentary on the cyclical nature of the trappings of commerce thus runs from the surface to the core of his works.

Julie Leidner, working in parallel on two interrelated bodies of work featuring a common protagonist — a possibly timid, possibly audacious, possibly fearful, possibly fearsome, perhaps even feral young girl the artist identifies as 'Pebbles' — has created a series of small paintings on canvas and a suite of larger paintings on paper. Both bodies of work involve not only overtly differentiable layers of paintings, but also of cultural and historical interpretability. In the smaller works, Pebbles is identifiable behind visual sieves of text that that read, to various extents and in various forms, "Dirty ain't I?", a cryptic question that seems as if someone wrote it with a finger into caked-up dirt on a car window. Here, Pebbles peers out of the paintings to see not only the 'filthy' messaging, and not only her real and implied 'viewers,' but also herself. In Leidner's other body of work, "I Come Creeping," one large representation of Pebbles crawls across and atop several large sheets of glossy paper, each proportioned like Playboy centerfolds, and each featuring — behind 'pieces' of a 'creeping' Pebbles — a very differently formal oil rendering of a rural landscape. Here, history meets mystery, and Leidner's bodies of work look back and forth at one another while we, the viewers, become an additional 'scrim' of complicit voyeurs.

Kinu Kamura's work is all about additional scrims and layers of looking. Inspired by levels of clarity and blur in our own acts of seeing, and by ideas of experiential and spatial reproduction, reflectivity and transference, Kamura has created an ultimately site-specific, multi-piece sculptural installation that invites visitors to look at, into and through it. Her broadly scaled and spatially expansive objects, to some extent a 'bridge' between the front gallery and the back, are composed of various types and formations of plexiglass and other reflective, refractive, sight-altering surfaces. Viewers thus see themselves as they look through such pieces, while seeing also manifold layers of reflections of the works in the room. The room, of course, becomes an active part of the work and 'act of seeing' as well: it is the site, and it is also 'in sight.' The frame-within-a-frame modality of Kamura's work doesn't quite end there, however. She incorporates choice photographs and photocopies as well, some nodding directly at the space itself, and others to other works in the show. Residing in our eyes for a time, Kamura's labyrinth becomes infinite in our minds.

Paul D'Agostino, Ph.D. is an artist, writer, curator and translator based in Brooklyn, New York City. 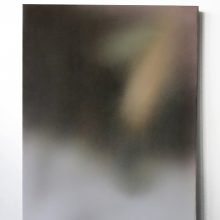 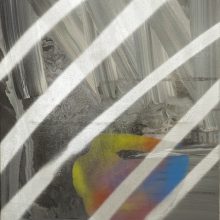 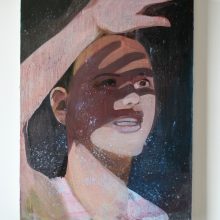 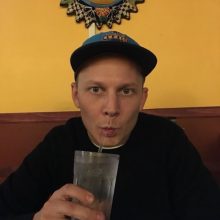