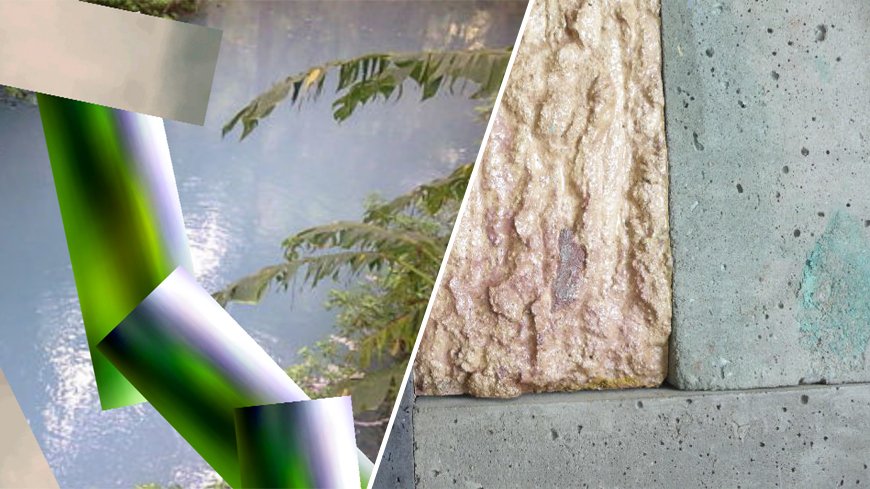 Hours: Wednesdays–Sundays from 12pm to 7pm. Mondays and Tuesdays by appointment only. 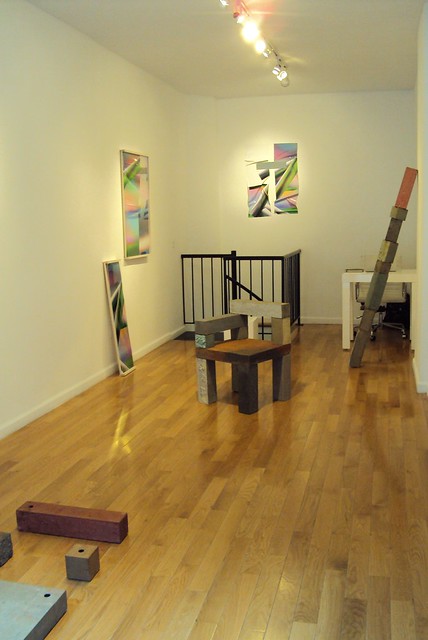 Rooster Gallery Contemporary Art and Residency Unlimited (RU) invite you to the opening of JARO 2 featuring new work by Marian Tubbs and Magnus Pettersen. Curated by Maud Jacquin, RU Associate curator, JARO 2 is the second in a series of jointly organized exhibitions where RU artists are invited to premiere work developed over the course of their residency at the Rooster gallery in the Lower East side. The term " Jaro" is a double reference to “year” in Esperanto and “caravan" in the Kichagga language. Time and displacement are integral to the concept of artists in residency.

In the novel by J.G. Ballard from which this exhibition borrows its title, an architect finds himself marooned on a man-made ‘island’, an imaginary piece of wasteland in the middle of a highway intersection. A dystopian, post-ecological take on Robinson Crusoe, Concrete Island satirizes the possibility of a redemptive retreat into a utopian island-world, whether real, imagined or metaphoric, where society could start anew. This, and the constant blurring of categories in Ballard’s novel (between the natural and the manufactured, the real and the virtual, the human and the mechanical) productively resonate with the artistic propositions of both Marian Tubbs and Magnus Pettersen for this exhibition.

Marian Tubbs’ video entitled ‘Open model for an affective landscape, virtual becomes real when necessary’ offers a meditation on the seductive appeal of the luxuriant, often-exotic virtual landscapes that can be found on the Internet. For Tubbs, these simulated environments are symptomatic of a contemporary culture of isolation and escapism, where people choose to enjoy recreation time in online paradises rather than confront or even acknowledge today’s ecological challenges. The artist evokes intersecting ideas with her large-scale photographic assemblages, that are themselves constructed scenes made up of virtual images. Here the digital has been pulled into the real, and new glossy surfaces are sliced and manipulated to create an environment. Magnus Pettersen’s work evokes the modernist dream of achieving utopia through the aesthetization of everyday life and the embrace of functionalism and utilitarian design as a means to egalitarian ends. In playful dialogue with Soviet constructivism and other avant-garde movements that merged art and design for idealistic purposes, Pettersen builds simple chairs made of concrete that can be assembled and disassembled at will, realizing the perfect marriage of form and function so dear to modernist designers and architects. But Pettersen’s chairs also bring to mind IKEA-type DIY furnishings, thus evoking the spectres that lurked behind modernist design ideals from the start. Today, far from the liberatory ambitions of the avant-garde, technological efficiency and industrial mass production rhymes with sweatshop oppression, price reduction at all costs and uniformization of mass culture.

Both Tubbs’s and Pettersen’s works conjure up a sense of threat, social or environmental, at the same time as they are imbued with a certain nostalgia for the possibility of utopia. Yet, they refuse a simply reproductive relation to the past and demonstrate a dynamic capacity to re-invent and infuse pre-existing forms with new meanings. By injecting cheerful colors into the cold and heavy concrete, Pettersen re-introduces subjectivity, randomness and decoration into his art, privileging the experiential effects of texture, colors and materials over the purist and anti-decorative dictates of modernism. Through digital manipulation, Tubbs creatively transforms the cheap found imagery she works with into newly rich and semi-abstract compositions. In addition, because her digital images literally evade the limits of the frames to materialize in the exhibition space, the virtual world is broken apart, its remaining fragments somehow brought back into the real (the island is made concrete again). By way of experimenting with half-finished frames, Tubbs not only chooses to break the safe autonomy of art (a process also at work in the blurring of the boundaries between art and design, high and low, virtual and real throughout this exhibition); she also proposes a way to re-activate the walls and the surrounding space, opening up the possibility of a constant renewal.

Marian Tubbs (b. 1983, Australia) holds a BFA from RMIT University in Melbourne and an MFA from the College of Fine Arts, UNSW in Sydney where she is also currently a PhD candidate. The installation art of Marian Tubbs collapses tropes of high and low visual culture. Her work examines how materiality can be manipulated to produce art that delves into notions of pleasure, utopia, and reality. She is exhibiting with the Maldives Pavilion at the 55th Venice Biennale, 2013. Currently based in New York and engaged in a residence with Residency Unlimited, Marian has exhibited extensively in Australia and this is her first exhibition in New York.

Magnus Pettersen (b. 1983, Norway) holds an MFA from The Royal Danish Academy of Fine Arts, in Copenhagen. By exploring the potential of materials in his work in which the fragile and the monumental intertwine, Pettersen explores the boundaries of art: when can something be defined as art and when is it design ? when is it a painting and when is it a sculpture? Currently based in New York and engaged in a residence with Residency Unlimited. Magnus has exhibited in Denmark, Norway and Germany and this is his first exhibition in New York.

Magnus's residency and exhibition is supported by the Danish Arts Council 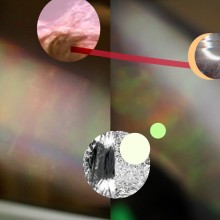 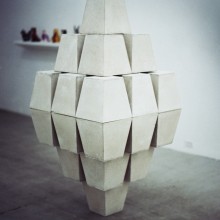 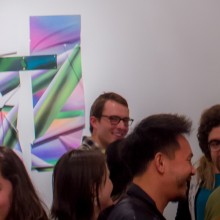