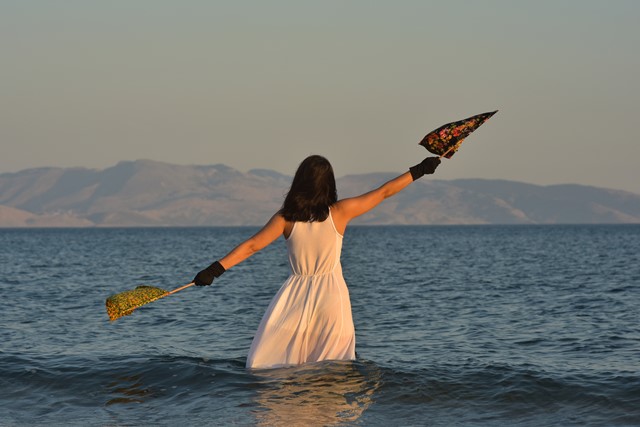 Home Is A Place Called Never

Didem Erk's first solo exhibition "Home Is a Place Called Never" will be on view at x-ist from September 7 to October 14, 2017.

In her first solo exhibition "Home Is a Place Called Never", on view at x-ist from September 7 to October 14, 2017, Didem Erk presents recent works encompassing performance, video, installation and text. In a seven-piece cycle of performance videos and photographs, realized in isolated bays around Datça and on Cyprus, the artist addresses the concepts of language, memory, migration and border.

In the double-channel performance video "Home is a Place Called Never", eponymous to the exhibition title, the artist can be seen standing still in the breakwater, holding two flags made of printed fabric. This gesture may at first glance look like a call for help or a gesture of resistance. The two flags however, held at a 45-degree angle signify "cancel / disregard signal" in the maritime semaphore language. The two video channels show views into opposite directions: One from Datça towards the Aegean Sea; the other from Datça towards the Mediterranean and the Island of Symi, which has been the destination of myriad migrant passages.

Curated by Işın Önol, the exhibition "Home is a Place Called Never" assembles works that aim to understand how memory gets erased or enforced, perhaps depending on the intensity of pain, on the various shores that migration departs from, or seeks to reach. 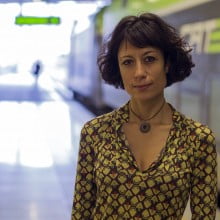