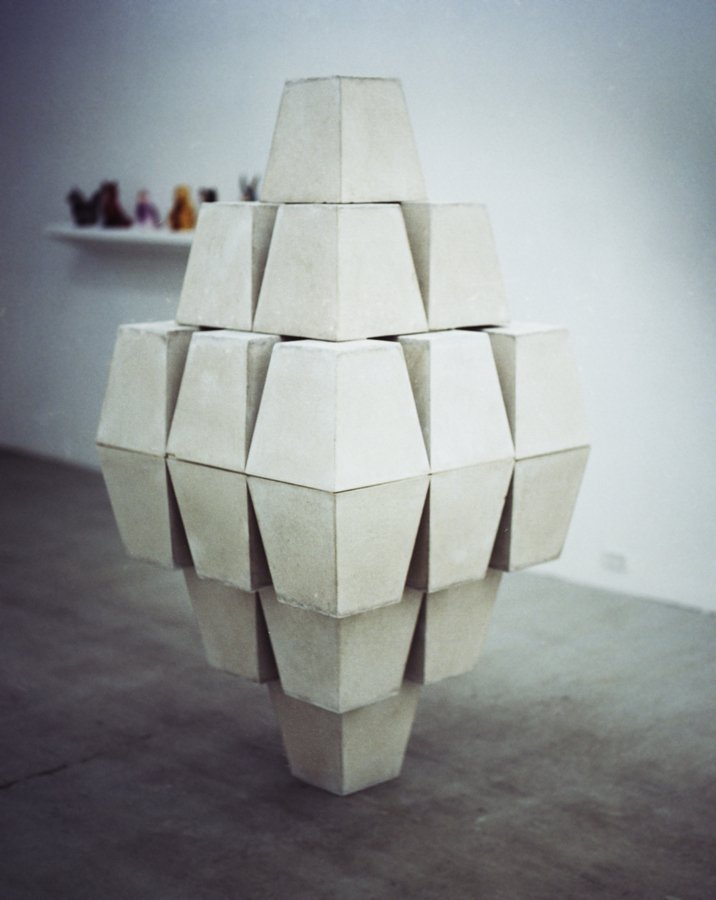 Magnus Pettersen (b. Råde, Norway 1983) lives and works in Copenhagen. He graduated from The Royal Danish Academy of Fine Arts and received his Master of Fine Arts in Visual Art in 2011 (professor Thomas Locher).

Magnus' investigations into a geometrical rhetoric of cosmology, into models and grid-systems is a search for meaning which is not defined in a concrete way. They operate as visual patterns and role models. The coherence of the model, which stands for something undefined and of the grid, which is never neutral, stands for communication or visual communication and information. The visual power of the grid which is largely representative of modernity is also mystically charged, forcing the viewer to acknowledge that we deal just as much with physicality, logic and science. Simultaneously the grid provides us a possibility to get rid of illusions, fictions and narratives.