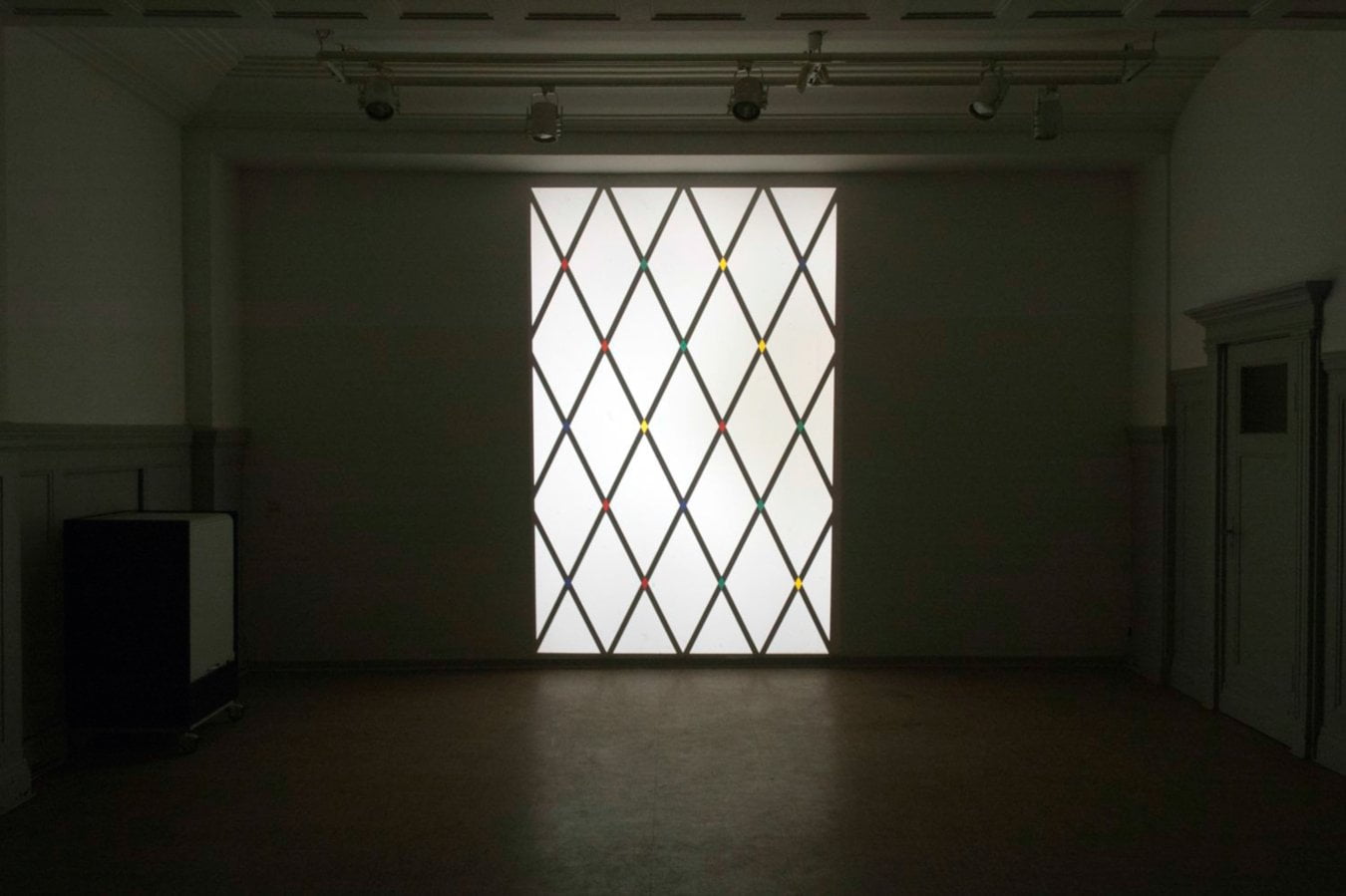 The Light from the window, 2013, slide projector, size variable

BIO/ STATEMENT:
Currently based in Berlin, Japanese artist Akiyasu Shimizu works in different media, such as photography, painting and installation which he fuses together under the term “associativity”. In light of his Japanese  background, his practice exercises  simplicity, abstraction and space.

In his artistic approach, Shimizu modifies the perspective in his  works to create either  illusion or clarity in an effort to obscure time and place. Recent works include the assemblage of daily objects in straighforward shapes and colors to create two-dimensional installations in space. In the series "Magical Shape,” Shimizu takes macro-photographs of tiny fossils that are enlarged 15 to 20 times from their original size. Since 2013, he has also been collecting film negatives of landscapes around the world dating as far back as 1910 and incorporating them in his work.

In 2011/2012, Simizu received the "NaFoeG" Berlin Funding for Graduates Scholarship, followed in 2014 by the prestigious Pola Art Foundation grant for Overseas Study. Prior to the RU residency in New York, Shimizu was selected to participate in the Artist in residence program at Kala Art Institute, Berkeley.