Today, it is the accepted business of the discipline of archaeology to interpret human pasts, and in the process, to contribute to the construction of memory for contemporary societies.

Cultivated Memory: Archaeologies of the Imagined is an experimental form of exhibition that brings together the works as well as artistic research of Adler, Mills, Santana, Sztencel, and Van Hoorebeke. Dealing with construction of memory and suggesting possible imaginations of future remembrances, the works create unique strategies of archiving, casting, molding, recreating and manipulating the perception of things, events, and their forms of representations in relation to potential future memories.

This collection of works interrogates the ways in which collective memory is formed, based on the speculative interpretation of objects, their traces, and visual appearances. The connection between the material, form and meaning is cross-examined by each artist, creating possibilities for alternative perceptions and memories through creative archival forms, probing the ways in which our perception of history and social memory is constructed. 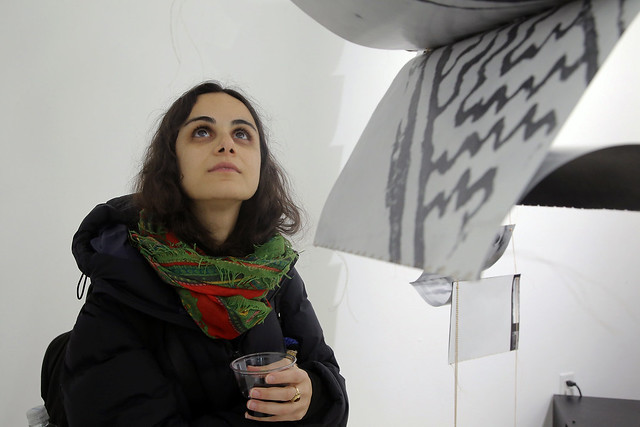 Adler, E.  creates spaces in which the perception is twisted. The notions of realness and fakeness as well as conspiracy theories and speculations behind them are examined through various strategies that are developed for each work. For the piece in the exhibition, Adler has been experimenting with a variety of new techniques and materials, some of which are or seem like found objects of daily use that the artist arranges for this space. The juxtaposition of the chosen media, with the help of selective perception, creates layers of visibility and invisibility in a playful setting. Adler’s work poses questions that may challenge the vision of the audience by entangled existence of fake and original.

Mills, C.  examines media and forms that are distinctive and specific to the narrations that the artist creates through their work. In the work that has been produced for this exhibition, Mills is experimenting with new materials and their responses: a violin bow casted out of soap, that suggests the delicacy of cleansing – the cleansing of emotions, in relation to friction, tension and memory. The object that is re-aestheticized through the transparent consistency of the soap is transformed into a delicate object indicating the elusive and temporal fabric of memory. The bow, that is originally to excite vibrations of the body of a violin (which the artist calls torso – an external emotional organ), also has the sturdy task of cleansing the surface of the gut strings. When it is turned into a cleansing tool (by association with the material “soap”), it is taken out of its context and transformed into a fragile, ephemeral object.

Santana, A. with the video piece Dating the Future, presents a visual essay: It compiles images of factories where archeologists’ tools are produced, and juxtaposes them with documentation of their use in situ during archeological field work. In confrontation of these two temporal periods, where discursive regularities that form the objects and material civilization unfold and intersect, the cultural and artistic production is perceived as an action that wanders between being an artifact (past), a work of art (present) and a tool (future). The sound track unites impressions of industrial machinery with those of local fauna and flora, as well as the act of excavation and the handling of the tools. The visual essay begins and ends with satellite images of so-called 'space junk': a toolkit forgotten by astronaut Heide Stefanyshyn-Piper during a space walk in 2008.
In addition to this video work, Santana also shows a book – as a continuation of this research – that provides a deeper look at new technologies for restoration and conservation of artworks and artifacts. Focusing also on the ways in which these technologies are developed to analyze and perpetuate the existence of objects, Santana raises issues such as labor, manual work, conservation, cultural systems and heritage.

Sztencel, A. has been pursuing artistic research, focusing on depictions of Polish landscape in the reminiscences of Polish immigrants living in NYC. In this latest work, Sztencel creates two paintings of sweets that represent the Polish and American identities in the eye of the immigrants, offering the concept of national identity in the form of a candy. The research that the artist pursues continues throughout the exhibition period in the form of meetings with voluntary audience, which will include conversations about and additional paintings of candies and sweets that are related to identity politics and representation. The basic form in which the artist chooses to work aims to create further dialogues and critical approaches towards the prevailing perspectives of national identity. The formal and conceptual analysis of these simple objects allows the artist to create platforms for further discussions about the notion of identity and construction of social memory.

Van Hoorebeke, A. has been predominantly working with batik, focusing on the cultural and historical background of the practices of this particular medium. At the exhibition, Van Hoorebeke presents a new installation titled Artificial Weave, which is inspired by a pattern called imitation weave. The artist produces a batik version of a woven fabric, which is the enlargement of the original motive, or directly stamps wax on actual woven fabric, creating layers of fake and original. Van Hoorebeke composes an imaginary space, using natural dyed and undyed batik on discarded fabric samples as well as found objects, tools and materials that are used in creating the work.

The sculptures and installations that Van Hoorebeke creates are anti-monumental. They are inspired by domestic industries and the wish to reconstruct new versions with their own scale, logics, mobility and aesthetics. The work, considering art as interwoven with a way of living, responds to the contemporary life of ours that is increasingly mobile, drawing attention to the non-permanent characteristics of textile as a temporary and adjustable material. In Artificial Weave Van Hoorebeke seeks to replace traditional batik tools with local materials that the city has to offer: Cast iron drain grates and other gear from a plumbing shop in Chinatown were used to imitate the traditional Indonesian batik stamp Van Hoorebeke used to work with. Dyes made of plants and rust from Lefferts Gardens, where Artificial Weave was created, were used to dye the fabrics in various tones of black and brown. In so doing, batik is used as a functional ready-made and unorthodox archival tool.

Önol, I. is a writer and curator based in Vienna since 2009. She is a member of Center for the Study of Social Difference at Columbia University, New York, works as a visiting curator at the Social Design – Art as Urban Innovation MA Program at University of Applied Arts, Vienna, and as a guest critic at the Arts & Design MFA program at Montclair University, New Jersey. She is an enthusiast producer of exhibition projects, talks, other art-related events as well as being an academic working in the field of contemporary art and cultural studies. In 2014-15 Önol worked as a guest lecturer at the Department of Digital Art at University of Applied Arts; and as a guest curator at the Schauraum-Angewandte, Quartier21, MuseumsQuartier, Vienna. She has been working as an independent curator in Vienna and abroad since 2009. Before that, she leaded the Elgiz Museum of Contemporary Art as its director and curator in Istanbul for three years. (2006-2009) Since 2010, she has been taking part in the organizational and curatorial team of Sinopale, International Sinop Biennale in Turkey. In 2014 she took part at the curatorial residency program at RU New York. She is a member of AICA-TR and IKT among other cultural organizations and associations. She is the founder and program coordinator of Nesin Art Village, Sirince, Turkey.

This program is made possible with the support from Künstlerhaus Schloss Balmoral, Stiftung Rheinland-Pfalz für Kultur, Arts Council of Wales, Flanders State of the Art, the Calouste Gulbenkian Foundation, Portugal, the Kosciuszko Foundation Polish & Slavic Federal Credit Union and the Polish and Slavic Center.