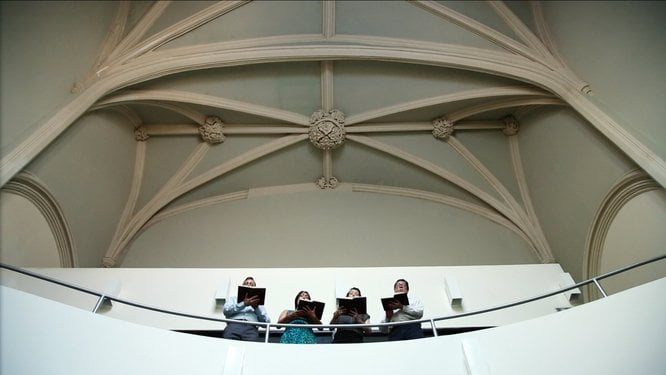 "Song for 360 Court Street" is a single channel video piece that was made as an artist in residence at Residency Unlimited in Brooklyn, New York. It responds to the unique situation of having both private apartments and the Residency Unlimited gallery space built within the architectural structure of a former church. Filmed on site, four singers perform a hymn based on a canticle written by St Francis of Assisi in 1224, in four part harmony, separately in four different spaces, all of which reside within the church walls. All four singers come together at the end and sing in unison from the balcony space within the gallery.