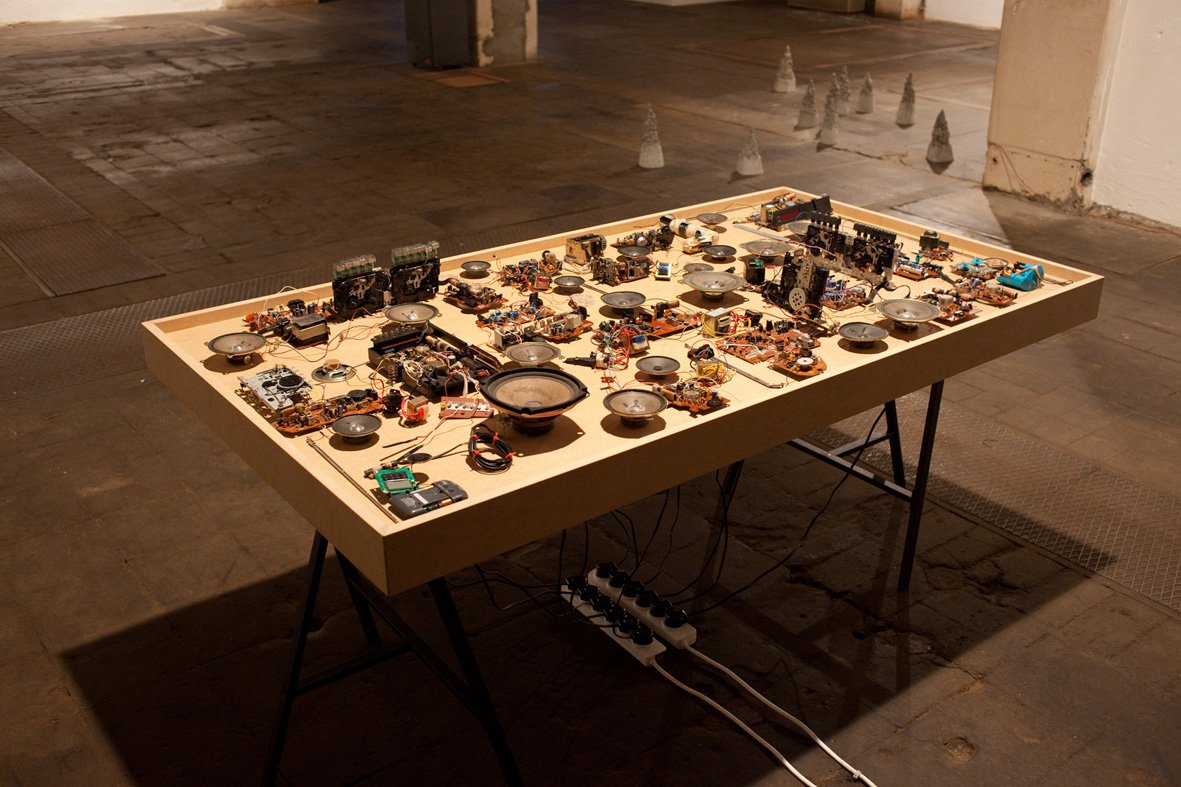 Guy Goldstein was born in 1974 in Haifa, Israel. Studied visual communication, art and design in Wizo Haifa Academy of art & design, and holds a MFA from The Bezalel Academy of Art and Design in Jerusalem."Guy Goldstein is a following artist, one that "comes after". The things that lay in front of him, those that were caught in the net, he receives as an inheritance and displays them as loot. He collects and samples objects, images and voices that oscillate between the inanimate and the animate, constantly preserving the tension between the two states. These materials are handled in various techniques ranging from the traditional to the experimental, creating works that are spread out in front of the viewer, displaying variety and multiplicity but at the same time also demonstrating a dynamics of negation and concealment". [Leah Abir]

Guy Goldstein's residency is made possible with the support The Israeli Ministry of Foreign Affairs, Office of Cultural Affairs, NY and Artis – Contemporary Israeli Art Fund.