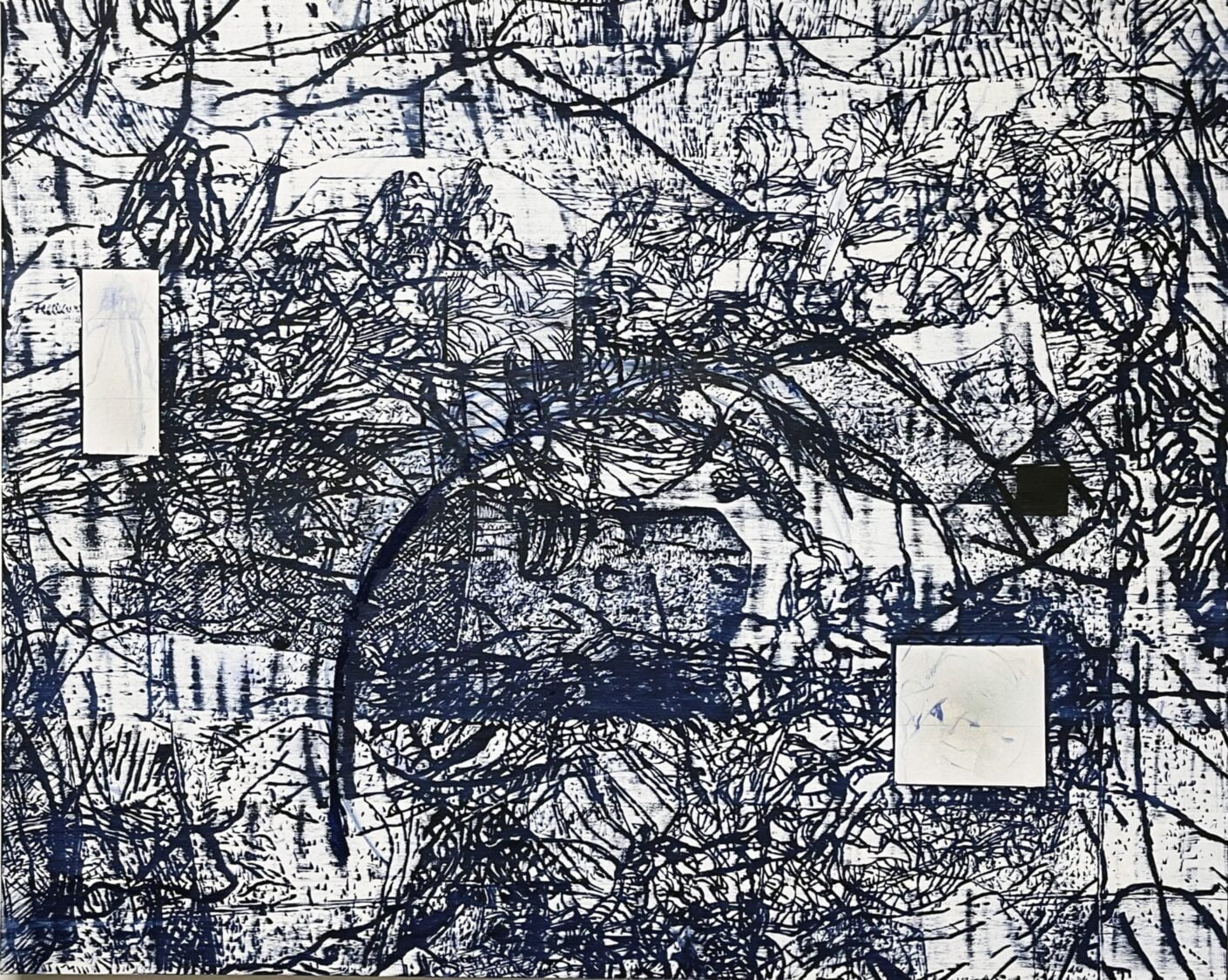 Sextet is a pop-up exhibition curated by Osnat Zukerman Rechter.

With Sextet, Sharon Poliakine presents six paintings completed within a short period of time (two months) and marked by a constraint-driven process prescribing the artist to make a series of formal decisions anticipating the act of painting itself. Occupying a much smaller studio in New York than her usual studio in Israel, with no natural light, Poliakine challenged herself to work on six canvases simultaneously of nearly equal dimensions, hung at a uniform height on the four walls of the rectangular studio in an arrangement of 1 – 2 – 1 – 2 (consistent with the length of the walls). Like the hexameter, a classical line of verse consisting of six interdependent feet, or a musical sextet written for six instruments, each work is influenced by the others in its expression of color, form, composition and manifestation of the artist’s physical gestures.

Poliakine’s canvases are infused with energetic tension that binds together a line drawn with a thin brush and abstract marks generated by physical gestures and lush materiality. Functioning as the painting’s narrative anchor, the line carries significant weight. It leans not only on a long tradition of drawing, but on engraving techniques deriving from Poliakine’s background as a master printer. The drawing is based predominantly on ink-on-paper preparatory sketches of objects, often tools found in the studio, and of reproductions of etching and painting masterpieces. These sketches have grown into an archive of images that serve the artist in her work including the Sextet series whereby the artist cuts them into strips, which she then reassembles in an arbitrary fashion. The narrative is thus unraveled and becomes a collage, and the resulting horizontal marks articulate the formalist, rather than figurative, process behind the exhibition. Grids and windows form interconnections between line and abstract areas, defining the points of overlap between layers and permitting the lighter areas to illuminate the painting from the inside out.

An artist with a clear and distinct painterly voice, Poliakine investigates painting as a language for dialogue – one that is alert and sensitive to an environment perpetually pulsing and responding to the changing conditions of existence. 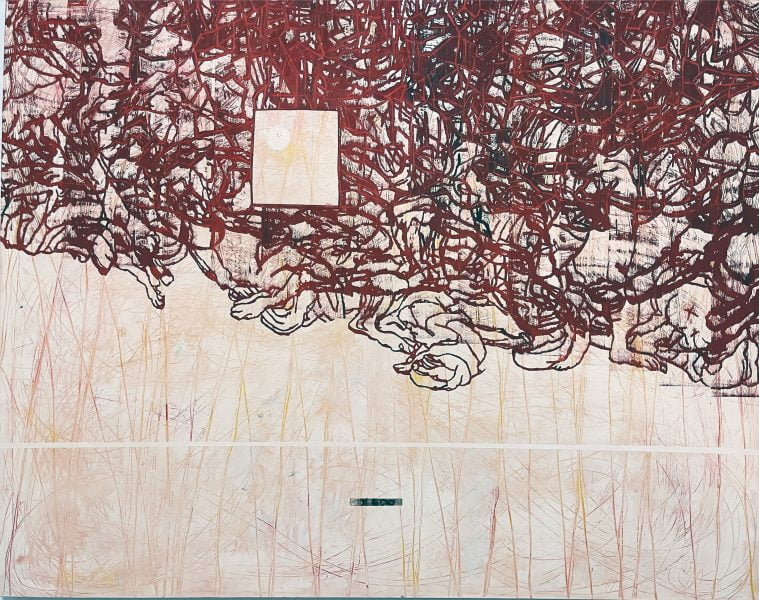 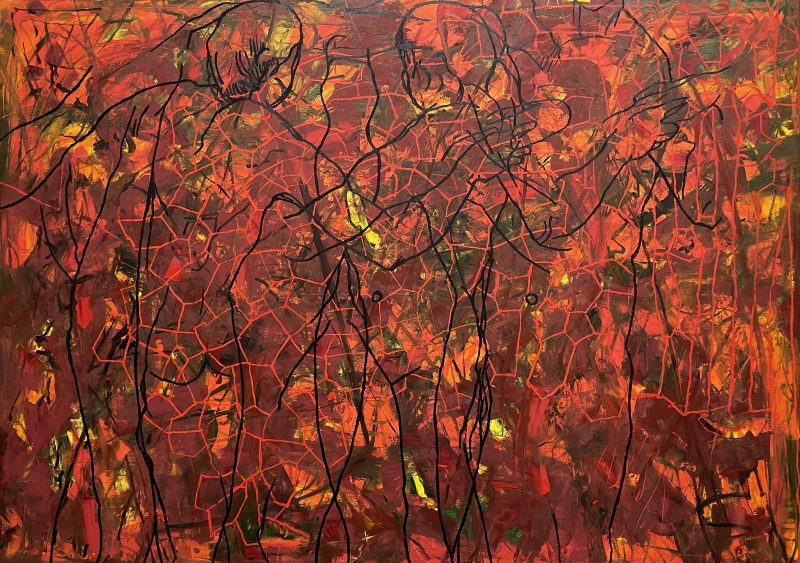 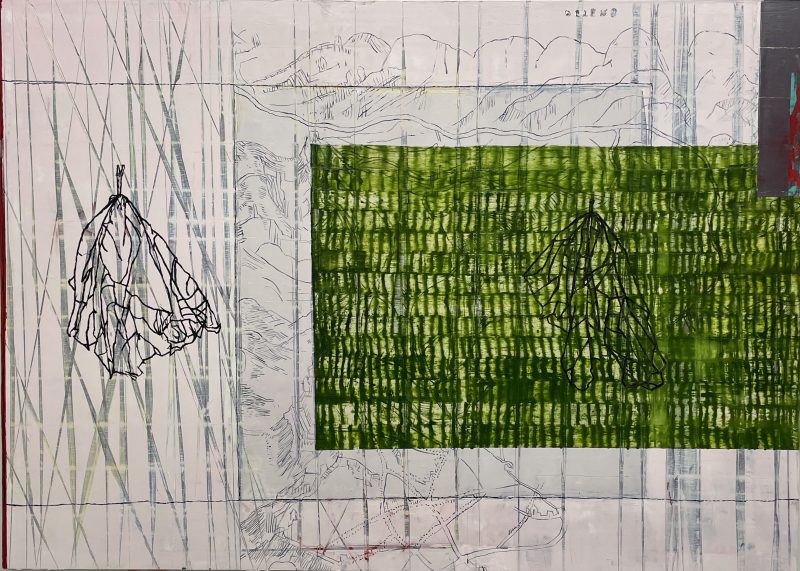 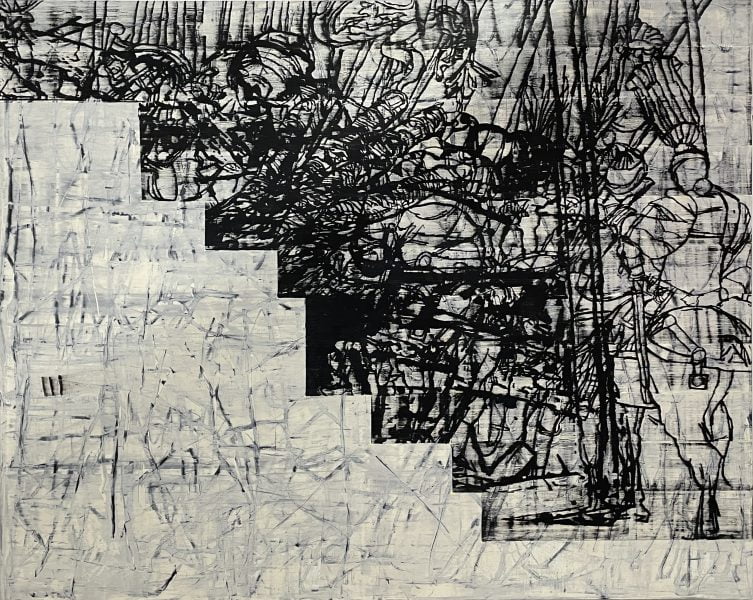 About:
Sharon Poliakine (based in Tel Aviv – Yafo) is the recipient of numerous awards and grants including the Machida City Museum of Graphic Arts Prize, Tokyo; the Pollock- Krasner Foundation Grant, USA and The Rappaport Prize for an established Israeli painter. Her works are held in the collections of the Brooklyn Museum, New York; The Public Library,New York; The British Museum, London; The Israel Museum, Jerusalem; The Tel Aviv Museum of Art and many private collections.

Poliakine is a professor at the University of Haifa, where she currently serves as head of the MFA program. Previously she served as head of the art department (2007-2012) and was the head of the new School of the Arts (2012-2016). She is represented by Gordon Gallery in Tel Aviv.

Osnat Zukerman Rechter is a researcher and lecturer focusing on Israeli art, exhibition histories and contemporary curating. She holds a PhD from The Hebrew University of Jerusalem. Her book Contemporary Curating in Israel 1965-2010, has been published in 2020 by Resling Publishing house (in Hebrew).She currently serves as Program co-director and Academic Consultant of the Yona Fischer Certificate Program in Contemporary Curatorial and Museum Studies at the Institute for Israeli Art at the Academic College of Tel Aviv-Yafo, Israel.

Sharon Poliakine's residency is made possible with support from The Younes & Soraya Nazarian Family Foundation, Artis and the Israel Office of Cultural Affairs, Consulate General of Israel in New York. 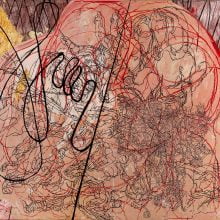