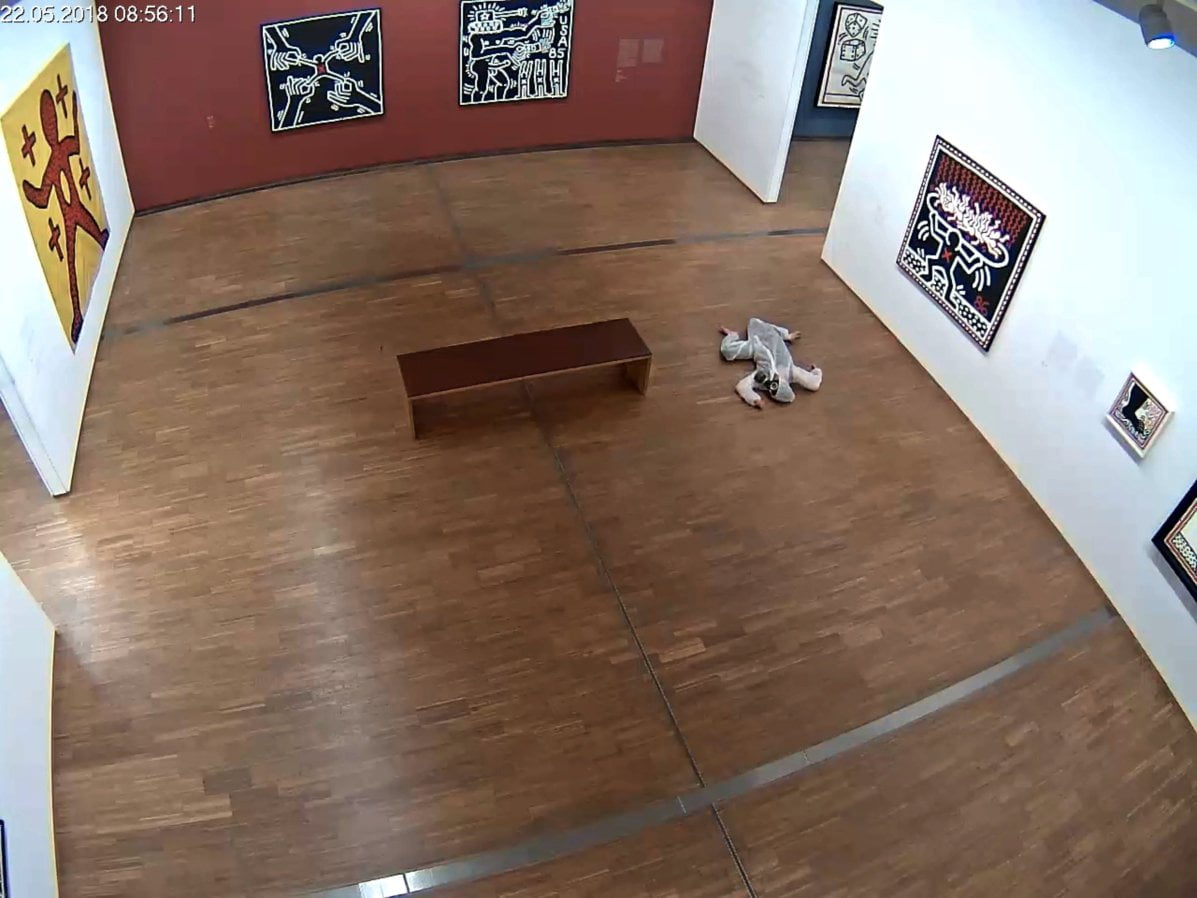 During this talk, Nika Ham will disclose how her ongoing project, Dance with Bentham dwells on the intersection between lens-based and performance art. Together with the curator Maryam Ghoreishi the artist will examine how multiple concepts are embodied in this process-based project and their unfolding.

Dance with Bentham was first launched by Nika Ham in 2017 when she worked as a part time attendant at the Museum of Modern Art in Ljubljana and has since been performed in many other institutions and galleries where the part time positions held by the artist were inherent to her artistic process. In this project, the artist performs playful movements in front of surveillance cameras and then transforms the filmed footage which is generally not accessible to the public through stop-motion animations and image sequences. The new narratives that emerge in her videos draw a contrast between expected and unexpected, conventional and unconventional. Ham’s actions—which are usually in correspondence with the space that she occupies temporarily— disrupt the conventional image of those spaces and open up a possibility of different interpretations.

Click the image below to see photos from the talk. 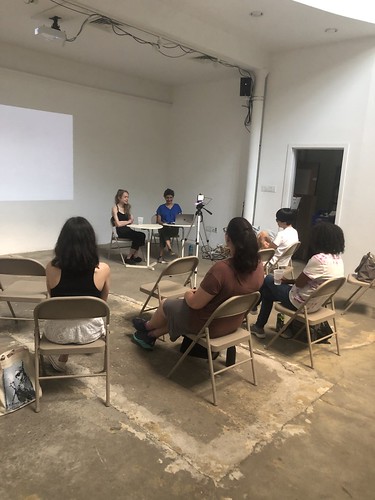 Based in Ljubljana, Slovenia, RU artist Nika Ham is the winner of the 2020 OHO Award.

Ham uses her body to outline spaces in cultural institutions and public areas by way of performing unconventional actions in front of security cameras. Her performative works were filmed at the Albertina museum in Vienna (2017), Salzburg museum, Austria (2019), and the Urban Nation Museum for Urban Contemporary Art in Berlin (2020). She participated in numerous solo and group exhibitions including at the Museum of Contemporary Art Metelkova, gallery P74, gallery Dobra Vaga, and Ravnikar Gallery Space in Ljubljana, Slovenia, UGM gallery in Maribor, Slovenia, and gallery VN in Zagreb, Croatia. Ham also produces graphic design, video and photographic works for the theater and club scene in Ljubljana. Since 2016 she has worked as the Artistic Director of the Graphic Department for the LET’S CEE Film Festival in Vienna. She collaborates with the Slovenian avant-garde group Laibach and works for Moderna galerija in Ljubljana.

Maryam Ghoreishi about is an independent artist and curator based in Brooklyn. She received her B.F.A and M.F.A in Iran and her M.A in Visual Arts Administration from NYU. As an artist she participated in various solo and group exhibitions in Iran, Lebanon, Italy, England, Canada, and the U.S. In 2018, she worked as a project manager for Asia Contemporary Art Week and organized Open Studios, in New York and FIELD MEETING Take 6: Thinking Collections, in Dubai. Most recently Ghoreishi curated Out of Sight, Beyond Touch, at the Center for Book Arts, New York, 2021. Other curated shows include Who Really Cares, Cathouse Proper, Brooklyn, 2019. She also co-curated Pop-up Exhibitions, Alserkal Avenue, Dubai, 2019 and MAPPING OUT A FIELD, Zanbeel Art, Los Angeles, 2020. She was featured in Special Week of Shows-within-a-Show on Art at a Time Like This online platform in 2020. 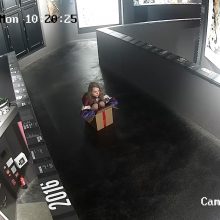