Practices as an intersection in a Fragile Environment #3

This third discussion, moderated by Zecchi, investigates these issues from different, but also convergent, perspectives, by setting up a situation of a broadened debate between artists, curators, institutions and the public.

DAY 3
Tonight’s discussion will focus on the role of the institution, its social responsibility and practices with guests speakers Marco Antonini, Angelo Bellobono, Joy Glidden and Sebastien Sanz de Santamaria.

What is the role of institutions? Post-disciplinary or interdisciplinary art continues to have a broad impact upon artistic, curatorial and institutional practice. Following those paths created by artists, the role of the institution takes on multiple identities. As a stimulating public platform for exchange and the development of new relationships of production of knowledge or as repositories as is often the case for more conservative mechanisms.

Guest speakers will provide examples of alternative and collaborative methodologies that favor horizontal relationships, reciprocity and an inclusive approach in terms of audience engagement and dialogue.

Claudio Zecchi's 5 months curatorial residency is made possible by BCC Credito Cooperativo and an anonymous funder. 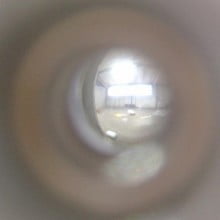