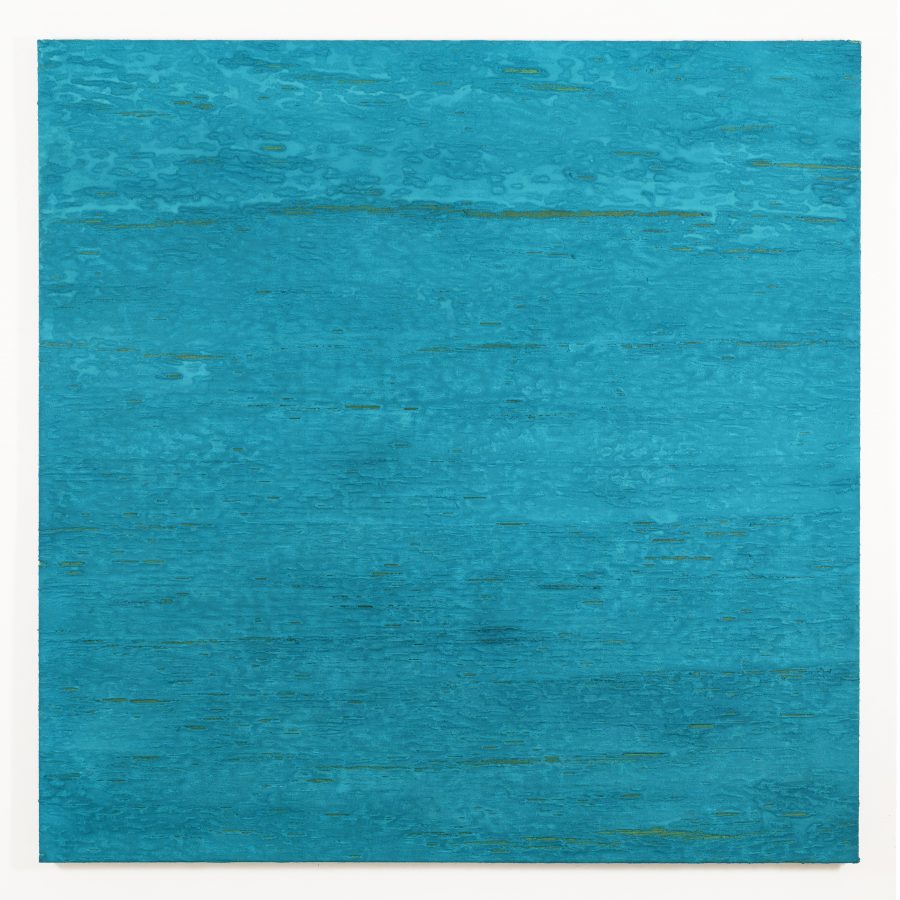 During her two month residency at RU, Quisqueya Henríquez has been working on the ongoing series Ripped Paintings begun in 2019 which is currently on view in her midtown studio. The process of these works consists in sanding the canvas until the warp and the weft are broken, and the surface is no longer smooth. The surface becomes raw and full of accidents. This same process references the medium of painting itself by creating some sort of tautology, where the work alludes to its own language.

An important source for the Ripped Paintings is the narrative of the ripped denims, "The ubiquitous garment", a way to integrate popular culture, fashion, patterns of consumption, and contemporary economy into the language of materiality. These works emphasize the role of the internet and social media in the creation of new cultural identities. They also raise questions about how collective behavior is influenced by the process of cultural commodification.

The integrity of the surface is compromised by adding other mediums like photography and sculpture. Henriquez’s work explores the possibility of adding and removing elements from the picture plane as a way of resisting and renegotiating its surface.

The integrity of the surface is compromised by adding other mediums like photography and sculpture. Henriquez’s work explores the possibility of adding and removing elements from the picture plane as a way of resisting and renegotiating its surface.

Click the image below to see photos from the open studio. 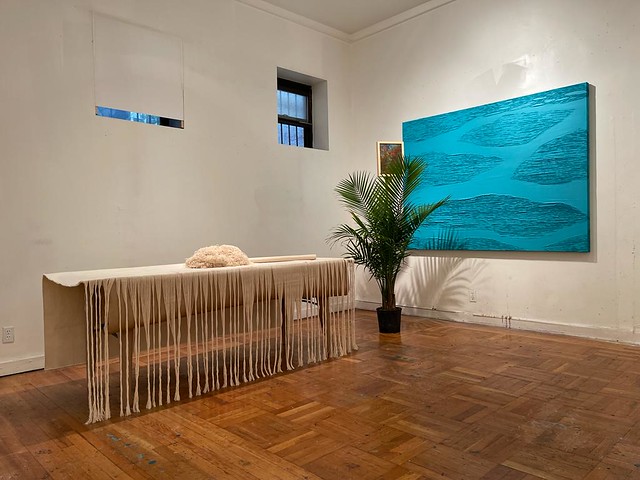 About:
Born in Cuba and raised in the Dominican Republic, Quisqueya Henríquez explores in her work aesthetic politics by combining art and popular culture with design savvy and wit to counter neocolonialist, racist, and gender hierarchies. Henríquez challenges Center/Periphery power dynamics through the crossing of Northern art history with Dominican Street styles and the examination of First and Third World intellectual exchange. Her conceptual approach questions the meaning of aesthetic criteria by a wide range of strategies such as appropriation and ongoing reinvention of materials and processes employed, and experimenting with “art” and “non-art” sources. In her practice the artist collapses vertiginous hierarchies to envision reality beyond dominant social structures. Testing the limits of authorship is realized through ongoing collaboration and participation from the viewers (how to rethink distribution of cultural capital). Henríquez has exhibited in several art institutions in Latin America, United States and Europe. In New York at The Bronx Museum Of The Arts, Artist Space, The Brooklyn Art Museum, Museo Del Barrio. Also at the Perez Art Museum of Miami, Allen Memorial Art Museum AMAM, Oberlin Ohio. RISD Museum, Providence, Rhode Island. Museo Rufino Tamayo and Museo Carrillo Gil, México. Museo Latinoamericano de Buenos Aires, MALBA (Argentina). Espacio Cultural Sergio Porto, Rio de Janeiro. Museo de Arte Moderno, Santo Domingo, RD. IFA Gallerie, and Bonn y Berlín among others.

Quisqueya Henríquez's residency is made possible with support from The Rockefeller Brothers Fund and The Cuban Artists Fund. This program is also supported, in part, by public funds from the New York City Department of Cultural Affairs in partnership with the City Council.