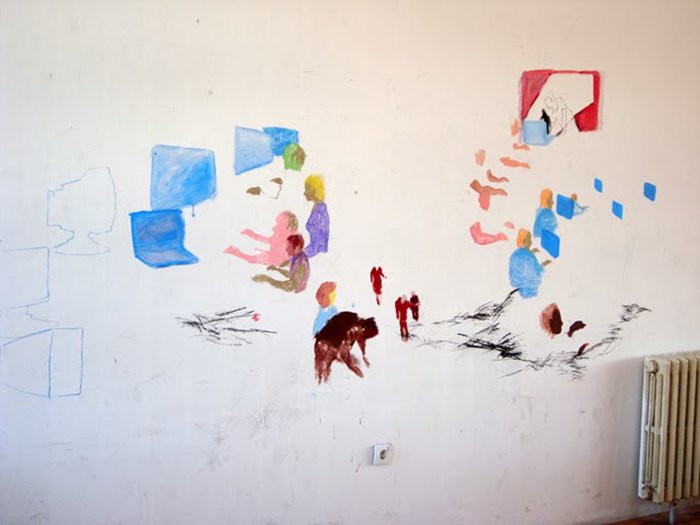 
According to Lenin's interpretation of Marx's dialectical development of communism from capitalism, one of the steps for disappearance, "withering away" of the state and institutions as its power distributors, is turning the entire population into accountants.

Following this logic, the reading group and slide projection Liberation in Administration explores the void, the paradox of über-administration and proposed complete freedom it supposedly produces, but also dangerous similarity of this transitory phase towards communism and neoliberal concept of immaterial labour.

This work consists of combination of text "The Economic Basis of Withering Away of the State" in State and Revolution by Vladimir Ilyich Lenin and images as visual analysis of alienation in the representational sense of labor and its product – that become a multiplied monolith and static image of opaque activity of sitting at the desk/computer. Without an information on content of that labor it is hard to determine its social significance.

About authors
Siniša Ilić and Bojan Djordjev have been collaborating since in various theatre, performance art and visual art projects. In these works the authors investigate and rearticulate the traditional divison of labour in the arts, their professional positions and collective authorship, at the same time exploring issues such as performative utterance, gender, desire, memory, text. Both are co-founders of the editorial collective of TkH (Walking Theory) art and theory platform through which they realize part of their artistic activities. In the nomadic long term project Desert of Picture Ilić and Djordjev explore performative potentials of communication with the audience in different performative formats through critical readings of images that surround us.

This project has been supported by the Serbian Ministry of Culture.