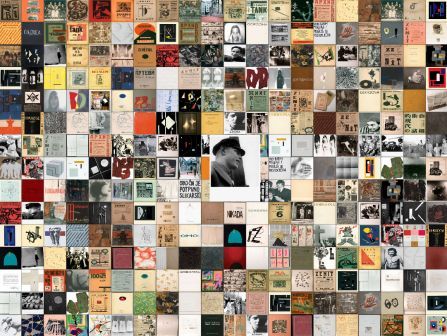 About the Virtual Museum of Avant-Garde Art:
Branko Franceschi is director of the “Virtual Museum of Avant-garde Art http://www.avantgardemuseum.com, based in Zagreb, Croatia. During his October 2011 residency in New York, Franceschi will open the “Virtual Museum of Avant-garde Art’s Overseas Headquarters” in collaboration with Residency Unlimited. The Virtual Museum of the Avant-garde aims to compensate the shortcomings of virtual reality through the direct exchange of knowledge on Southeastern Europe’s avant-garde movements to art professionals, artists, students and the general public of New York. The Overseas Headquarters will temporarily function as the furthermost west outpost of the Southeastern European avant-garde, mimicking the path of immigrants from the region that swarmed the United States during the entire 20th century. Workshops and lectures will disseminate information on the avant-garde and discuss advantages and disadvantages of virtual museology and online curating in an open forum. Franceschi has also curated Tuned in Screenings: Psychedelic Moving Images from Socialist Yugoslavia a 50 minute long film program at the Stephan Stoyanov Gallery in the Lower East Side opening October 2nd. The screening focuses on experimental film production and rock
music created in Yugoslavia from 1964 to 1974.

Since 2009, the Virtual Museum of Avant-Garde Art has been home to the Marinko Sudac
Collection, serving as an inexhaustible source of information about the still insufficiently known and evaluated cultural context of the former Yugoslavia and its contribution to the avant-garde movements of the 20th century. The Marinko Sudac collection includes over 10,000 works of art and documents ranging from private letters to documentary films and videos.

About the Student Workshop:
At the Residency Unlimited headquarters in Brooklyn, the Virtual Museum of Avant-Garde Art will host a student “think tank” workshop exploring the public and art historical implications of internet-based exhibition and the concept of art collecting as activism. Much of the art that is shown at the Museum of the Avant-Garde was banned during Yugoslavia's totalitarian regime, but is now permitted to transgress boundaries in its ubiquitous existence on the Internet. These works are not limited to the "white cube" of a gallery space, but exist on a platform for open dialogue to take place, in a museum without borders. How can we reconstruct the conception of the museum as final institutional authority and build a more open dialogue for artworks? Can the avant-garde theory of the 20th century be utilized to build such a museum? Moreover, can the public and private be distinguished in art collections exhibited online?

Since the Virtual Museum of Avant-garde Art is predominantly comprised of the Marinko Sudac collection, this workshop will also discuss the dual natures of art collecting: collecting as a symbol of affluence or collecting as activism. Activist collections become an impetus for public conversation and engagement, advocating for the importance of the avant-garde (specifically that of the former Yugoslavia) through exhibition. In a way, activist collections like those on display at the Virtual Museum of Avant-garde Art strive to rewrite or reorient a political and cultural history within today’s contemporary climate. The Virtual Museum serves to expand this dialogue internationally, becoming an energetic art collection, as opposed to a static one. In this way, an evolving community is created, one that is concerned with the political implications of socially engaged art.

The workshop aims to reflect on the ideas of marginality, hybridity, and the potential of technology to facilitate the democratization of art. These ideas are the basic prerogatives of the Internet and the qualities pursued by avant-garde artists throughout history, and thus the Virtual Museum of Avant-garde Art equally refers to the research of avant-garde and to the research of media.

Branko Franceschi’s residency is made possible by the CEC ArtsLink Awards Program. 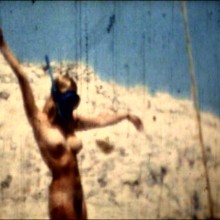 The Virtual Museum of Avant-Garde:
Aleksandar Srnec & The Neo-Avant-garde 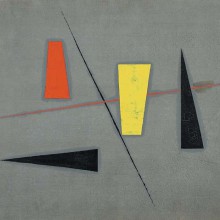