Meet Over Lunch: THE ABILITY TO EVADE; Uncertainty Labs, Social Objects and Non-Knowledge The artist Kenneth Pietrobono presents Uncertainty Lab, a new artist-run think tank proposal that examines non-knowledge and the dynamics of “social objects,” illusions of “objectivity” and THE ABILITY TO EVADE. This project centers on the observation that in a time of exponential complexity which no single life can fully comprehend, “being an artist” is one of the few positions allowed to admit NOT KNOWING without risking legitimacy. Together with the curator Bartek Remisko, Pietrobono will raise questions engaging the audience such as: How is it that we know so little about the powers of misconstruction and organized inaccuracy? What do we call the ability of a system to evade regulation, contestation and even to be known at all? What if sovereignty was designed to be evaded? Uncertainty Labs extends the artist relation to “not knowing” with other knowledge producers in order to examine spaces where our abstractions are insufficient or simply missing in an effort to construct new tools for the regulations and alternatives we seek. 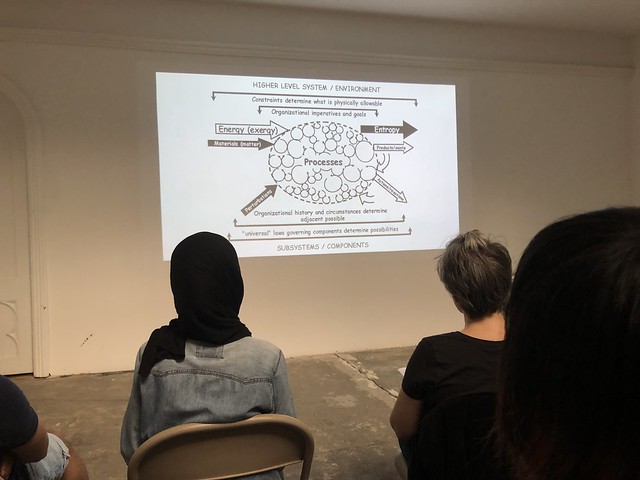 Kenneth Pietrobono (b. 1982) is a New York City-based artist, writer, and researcher. His work explores the failure of knowledge and language to adequately model the functional contradictions which govern our social systems. His exhibitions and publications include Whisper or Shout: Artists in the Social Sphere, BRIC Arts Media, 2016; “Between You and Me: Imani Jacqueline Brown and Kenneth Pietrobono,” published essays with Art Practical, 2018; and Whitney Biennial, 2017, Whitney Museum of American Art, with Occupy Museums. He is a recipient of the Emerging Artist Residency, Socrates Sculpture Park, New York City, 2013/2014 and LMCC Workspace Residency 2018/2019. Pietrobono is also an appointed member of Citizens’ Advisory Committee, NYC Cultural Plan, 2016-present and an alumnus of the Art & Law Program, New York City, 2016.

Bartek Remisko is an independent cultural worker whose interests lie in Visual Arts, Multiculturalism, Ecology & Sustainability and Polish-Jewish relations. He is Artistic Director of Kosciuszko Projects, a new initiative founded by The Kosciuszko Foundation, that presents prominent Polish artists to audiences in New York City. On October 11, Kosciuszko Projects opens its inaugural show The Many Faces of Tamara de Lempicka (1898-1980), curated by Remisko. Remisko has served as grant reviewer and project evaluator for the Rubin Foundation in their Art and Social Justice grant program, and recently for the Queens Council on the Arts. He is part of Green Point Projects, an independent space presenting Polish modern and contemporary art in NYC and co-founder of  Beach64retreat in The Rockaway, Queens, NY, a grass-roots micro-initiative meant to support creative individuals in the times of the rising precarity in the arts and culture.

This program is supported by RU partner Beach64retreat in the Rockaways, where Kenneth Pietrobono recently completed a residency.

The Meet Over Lunch series is an ongoing invitation extended to local and visiting art practitioners to present their practice and projects over lunch to the RU community.