RU Exhibition: There’s An Alligator On The Second Floor 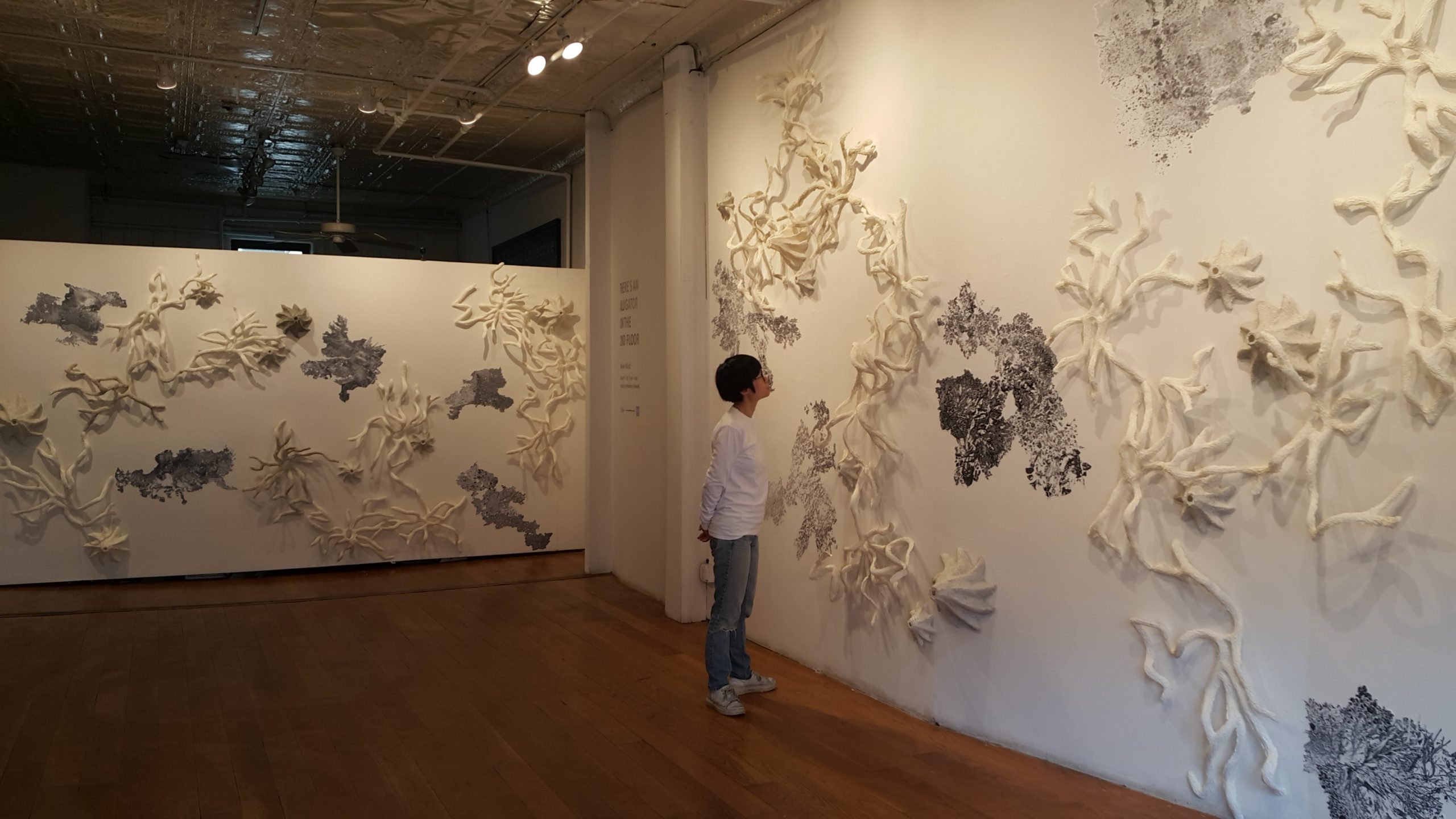 When a 10- to 15-kilometer meteorite struck the Gulf of Mexico about 65 million years ago, the resulting pyroclastic flow abruptly extinguished all life in the Caribbean. Even more devastating was the rock debris that spread huge clouds of dust across the globe, blocking sunlight as it does after volcanic eruptions. As a result, the average global temperature dropped 27 degrees. This ecological catastrophe caused the extinction of about 75% of all animal and plant species - including dinosaurs, many plant genera, and most marine life.

Currently, life on Earth is at an important new turning point. The global temperature rise is expected to intensify in the coming decades. The rapid warming of the atmosphere and oceans since the beginning of industrialization is likely to increase to 2.6°C to 4.8°C by the end of the 21st century. These severe environmental changes reveal the ambivalent situation of humans inheriting the roles of meteorite and dinosaur alike.

Hosted by Compère Collective, the exhibition "There's An Alligator On The Second Floor" features an installation by current resident artist Melanie Windl that reflects on current biological adaptation strategies of flora and fauna to a rapidly changing atmosphere. Using analog material and digital technology, the artist designs a formal-aesthetic utopia for the post-anthropocentric.

The project's implementation process was influenced by Windl's field trips to Mexico's Yucatan Peninsula, active volcanic areas in Iceland, and flood control areas in New York. The extensive travels highlight also the collision of modern life-style with environmentalism. While working in the studio, the artist developed a new recipe for a plant-based biopolymer as a sculptural material for the objects in the installation. The self-produced, fully biodegradable and non-toxic bio-plastic poetically references the self-empowerment of the individual through the use of readily available alternative methods and strategies in the face of a man-made catastrophe which has broadly been curated by global industries. 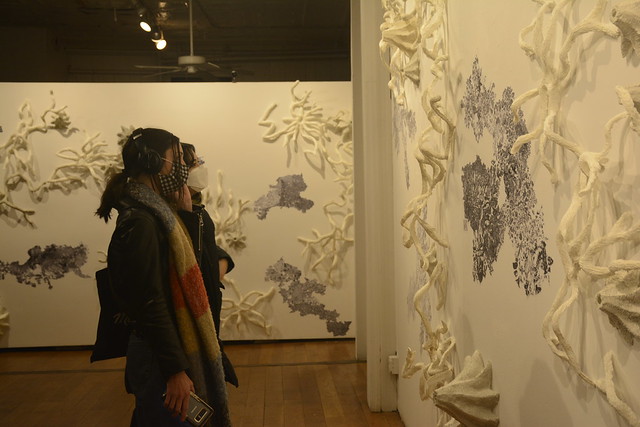 About
RU artist Melanie Windl works at the intersection of analog and digital art. Her projects are equally informed by the investigation of new technologies and materials. This correlation creates poetic, dream-like environments with notions of the interrelationship between humans, artificial environments and nature. Windl has collaborated with renowned international institutions, Schleswig-Holsteinisches Künstlerhaus Eckernförde, Germany; Biennale for Arts and Technology, Norway; Tokyo Experimental Festival, Japan; Foundation Künstlerdorf Schöppingen, Germany, among others.

Compère Collective’s mission is to nurture and host diverse artistic practice and thoughtful dialogue; understanding that art should be used as a catalyst for critical thinking. They place great significance on the human interaction and connection that art makes possible, and see their role not just as host but also as active connector. Similarly, they value the integrity of the artistic process and the link that personal expression has to a broader understanding and respect of social contexts. The exhibition space is intimate and capable of showcasing a rich variety of media, which have included all the traditional formats, from painting and performance to facilitated discussion and dance. Compère Collective relish the freedom this space provides for artists, collaborators, and curators— to reinvent what “gallery” can mean, artistically, conceptually and as a force within the community

This program benefits from the support of the Foundation Rheinland-Pfalz für Kultur, Germany, and Kuenstlerhaus Schloss Balmoral, Germany as well as Compère Collective, New York. This program is also supported, in part, by public funds from the New York City Department of Cultural Affairs in partnership with the City Council.