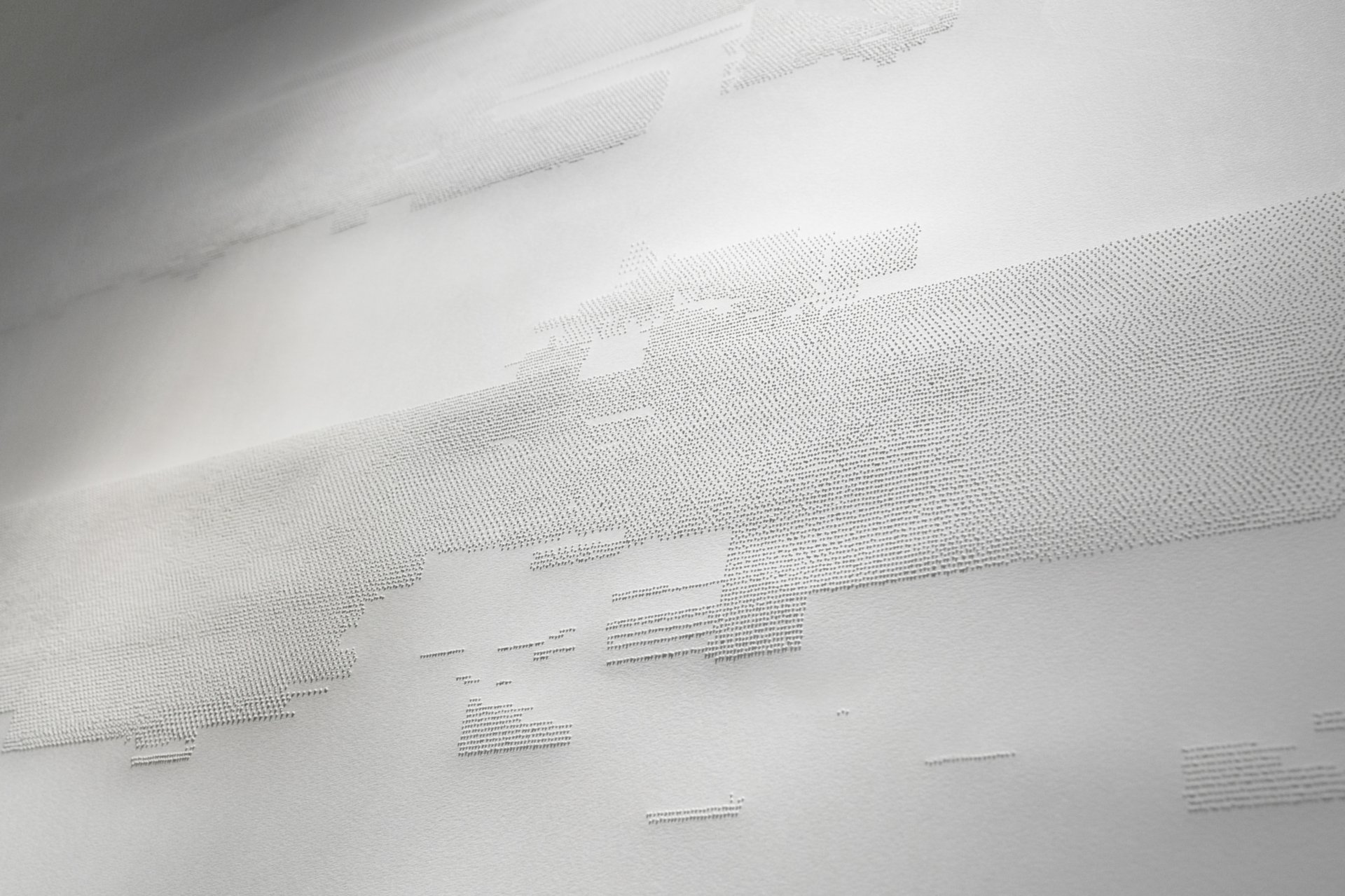 Oscillating between digital and tactile world, the exhibition Hesitations, 2 consists of perforated drawing and prints by Serbian artist Nina Simonović. In reaction to performative aspects of Nina's drawings the trio led by Brooklyn/ Berlin based Devin Gray (Drums/ Percussion) with Nathaniel Morgan (Alto Saxophone) and Chris Welcome (Electronics) will create an audiovisual experience based in improvisation.

Simonović's practice as a whole is intrinsically defined by binary systems that inform and reform the work through the feedback loop. The silent intensity of her drawings embodies a radical contemplation on time in relation to trace, pace, and labour. The artist positions hundreds of thousands of digital squares which she then prints and manually perforates on paper. These dense but liberating compositions exist in between the enforced contemporary modes of functionality and the fragility of human presence.

This work was produced during Nina Simonović's two-month residency at Residency Unlimited (RU). She is the winner of the Dimitrije Bašičević Mangelos Award. Her residency is made possible with support from the Trust for Mutual Understanding (TMU). We extend our thanks to DE-CONSTRUKT [projekts], a project space for experimentation and creation based in Red Hook, Brooklyn. 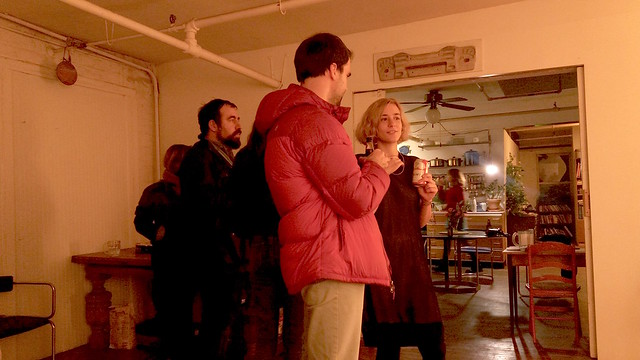 Devin Gray is an artist interested in multiple musical directions and one who strives for quality and sincerity in his work. Gray’s fresh approach to modern composition and drumming has enabled him to work with many of America’s great jazz musicians and perform internationally.

Alto saxophonist Nathaniel Morgan hails from pleasant Ventura, CA, but eight years ago gave up his comfortable hometown for the harsh urban cityscape of Brooklyn, NY. He’s been active in a number of avant-improvised groups, including Folklords, Buckminster/Darkminster, Erica Eso, and VaVatican. Nathaniel is also a key figure in helping to run the independent record label Prom Night Records. He studied at California Institute of the Arts.

From sparse chamber-jazz to spastic avant-metal, Chris Welcome lends his unique voice to a variety of ensembles. He has performed with HOT DATE, Apocalypso, Mothguts, Mike Pride's Drummer's Corpse, his own quartet, and many others. As a composer, he has written extensively for his quartet and for various chamber ensembles.  His compositions combine space and pointillism with extended techniques, electronics and a loose, Jazz sensibility. Born in 1980 in New York and grew up in the Chicago area where he studied guitar with Frank Portolese. He currently lives in Brooklyn, NY.